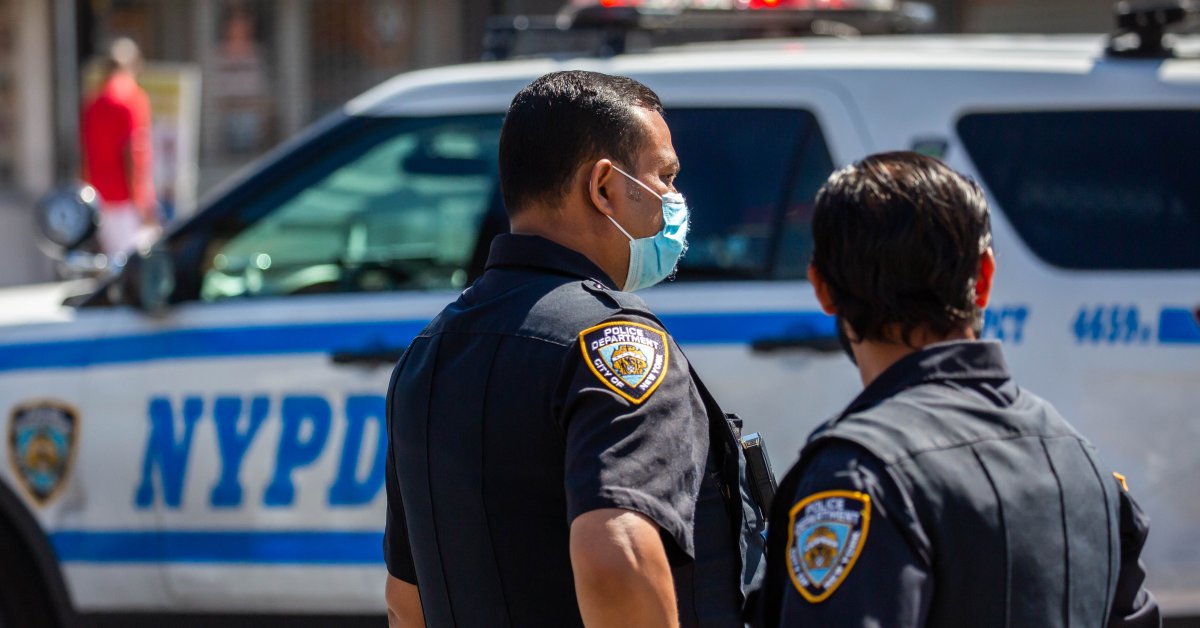 (NEW YORK) — About 9,000 New York City municipal workers were put on unpaid leave for refusing to comply with a COVID-19 vaccine mandate that took effect Monday and thousands of city firefighters have called out sick in an apparent protest over the requirement, Mayor Bill de Blasio said.

About 9 in 10 city workers covered by the mandate have gotten vaccinated and there have been no disruptions to city services as a result of staffing shortages, de Blasio told reporters at his daily news briefing. New York has more than 300,000 city employees.

Firehouses remained open but 18 of the department’s 350 units were out of service and “many units are understaffed,” Fire Commissioner Daniel Nigro said. Sanitation workers made an extra pickup on Sunday to ensure trash wouldn’t pile up, the mayor said.
[time-brightcove not-tgx=”true”]

Read More: Young People Are Leaving Their Jobs in Record Numbers—And Not Going Back

City officials have been battling fierce resistance among a minority of workers in some critical public safety jobs, including police officers and firefighters, as well as a pending legal challenge to the mandate by the city’s largest police union.

As of Sunday, 1 in 4 of the city’s uniformed firefighters still hadn’t gotten a first dose of the vaccine, as required. About 1 in 6 police personnel and 1 in 6 sanitation workers were still unvaccinated.

Police Commissioner Dermot Shea said the vast majority of unvaccinated workers in his department have applied for religious or medical exemptions to the vaccine mandate. So far, just 34 police officers and 40 civilian police employees have been placed on unpaid leave he said.

More than 3,500 city workers were vaccinated over the weekend. That was after a 5 p.m. Friday deadline to collect a $500 bonus for showing proof they’d gotten a dose of the vaccine but before they were to be put on unpaid leave.

About 12,000 workers have applied for religious or medical exemptions. They can remain on the job while city officials review those applications.

About 2,300 firefighters were out sick, up from what’s normally about 1,000 per day, in what Nigro said appeared to be a protest against the vaccine mandate. The fire department’s medical office normally sees about 200 people a day, Nigro said. The past week, it has been 700 a day, the majority unvaccinated.

“I’ve asked them to rethink this, to remember their oath of office,” Nigro said. “It’s not only affecting the people they serve, it’s affecting their brothers and sisters in the department who are forced to fill their spots.”

De Blasio said the city is watching to see if the firefighters union is coordinating the sick outs and would take them to court if there’s evidence of an illegal strike. He said firefighters who are found to be faking illness are “AWOL effectively” and will face internal department discipline.

“People get really troubled really quick when people don’t show up to do their jobs if they’re not really sick,” de Blasio said. “And we have every reason to believe there’s a lot of people out there claiming to be sick, who are not. It’s not acceptable.”

City officials have said they are prepared for possible staffing shortfalls, calling in vaccinated employees for overtime shifts.

The head of the union that represents New York City firefighters, which has fought the vaccine mandate, warned that public safety could be at risk. The fire department has said it was prepared to take up to 20% of its fire companies out of service and have 20% fewer ambulances on the road.

“We’re here today because of a mandate that was put not only on our members, but also all New York City employees, given nine days to make a life-changing decision on their career or whether or not they’re going to take a vaccine,” Uniformed Firefighters Association President Andrew Ansbro said at an early morning news conference.

Mayor Bill de Blasio has said the city’s highest public safety priority is stopping the spread of COVID-19, which continues to kill a handful of people in the city every day.