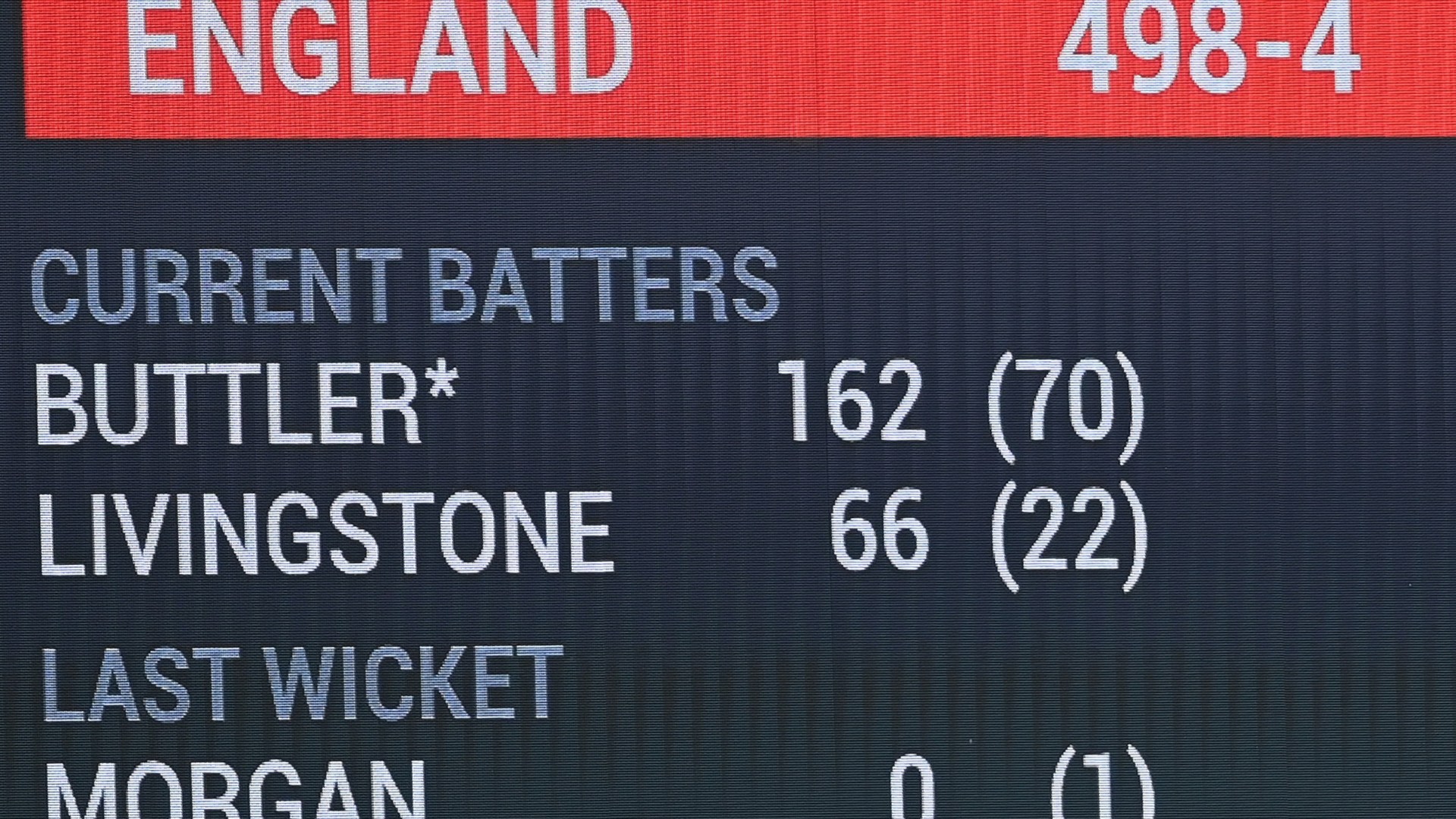 England smashed the one-day international scoring record as they blitzed the Netherlands with a 498-4 total in an emphatic showing in Amstelveen.

The one-sided score against the Dutch was the highest-ever score in ODI cricket history, beating the 481-6 they made against Australia at Trent Bridge in 2018.

It also betters the 496-4 scoreline that Surrey registered against Gloucester, a result that previously stood as the List A best since April 2007.

Jos Buttler was the star of the show after finishing unbeaten on 162 from 70 balls, including 14 sixes and seven fours.

He did, however, miss out on breaking his own record for the fastest ever century from an England batter by just one delivery, reaching three figures from 47 balls.

But, given his dominant display, it’s unlikely that Buttler will mind too much.

It was also a memorable day for Dawid Malan and Phil Salt who both made centuries, scoring 122 and 125 off 90 and 82 balls respectively.

Elsewhere, Liam Livingstone walked out with the total on 407 for four and blazed the quickest half-century by an Englishman off 16 balls – finishing on 66 not out from 22 deliveries.


England vs New Zealand: Stokes’ side head to Trent Bridge after dream start

England legend Darren Gough was part of talkSPORT 2’s commentary team for the first ODI and was delighted with what he saw.

He said: “That’s absolute carnage out there.

“It’s a wonderful setting in the Netherlands, it’s a beautiful ground, we’ve got a full house, they’re all enjoying themselves and the sun’s shining – it was all set for a historic day, wasn’t it?

“England were just magnificent. To score 498, it’s just been an absolute pleasure to sit back and commentate on some terrific striking of a modern day cricketer.

“This is what it’s like now. You see it in County Cricket, you see players striking a cricket ball, not quite like these two, but they’re doing that.

“Everybody wants to play and that’s just taking cricket to another level.

“They’re the world champions for a reason. It’s been a chequered past 12 months, but that is a performance.

“You can imagine teams around the world thinking ‘oh dear’.

“That’s without Bairstow, Stokes, possibly Root at three to anchor the innings, so that’s the beauty of the present and the future.”