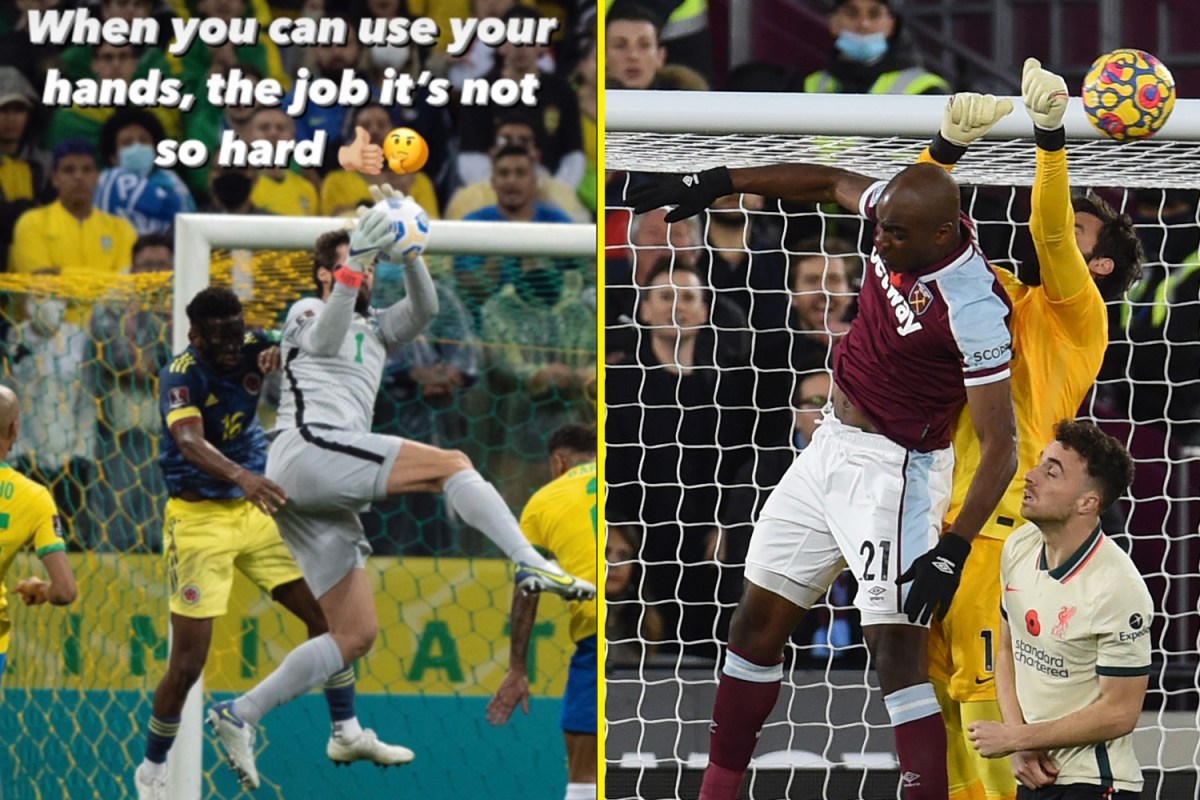 Alisson Becker was criticised for his handling over all three goals in Liverpool’s defeat to West Ham just before the international break.

However, the Brazilian goalkeeper, while away with his country sent out an Instagram story making a thinly-veiled dig at the Premier League officials.

For all three goals and with the standard he’s set since joining Liverpool, Alisson should have done better on every occasions.

The first was a corner that he failed to clear out after West Ham defender Angelo Ogbonna challenged him for the ball.

The second was an effort that squirmed through his arms from Pablo Fornals whilst the third was a similar replica of the first only this team Kurt Zouma met the header and placed the ball through the keeper’s arms.

All in all it was a forgetful day for the keeper and the Reds but with that said, Alisson still feels aggrieved that the first goal wasn’t ruled out.

The Brazilian goalkeeper played his 50th game for his country and after the game sent out this message indirectly giving the Premier League a sly dig.

“When you can use your hands, the job it’s not so hard.”

The 29-year-old may have had a point as he was able to gather the ball from a corner and went on to keep a clean sheet as Brazil beat Colombia 1-0 in a World Cup qualifier.

Following the match against West Ham, Alisson’s manager Jurgen Klopp was also infuriated with the officials.

“I think the goals are clear but some situations they have to go another way,” Klopp said after the match.

“Let’s talk about the goals they score. The first I think is a foul on the goalie – I don’t know what a player has to do for it to be a foul on the goalie. The arm goes against Ali’s arm so how can he catch the ball when someone takes his arm away?”