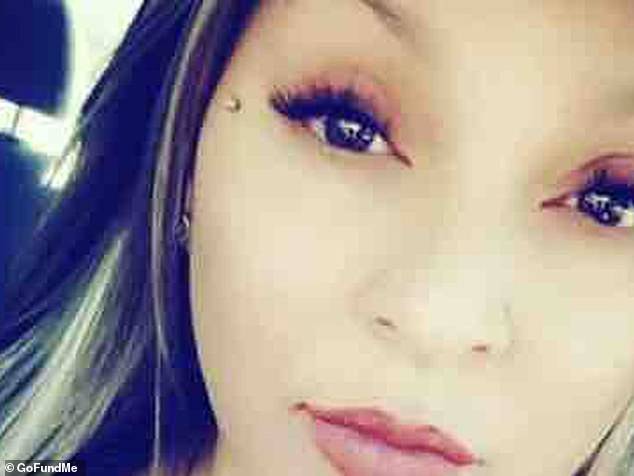 Arizona mom, 38 – driving with husband and eight-months’ pregnant daughter – is shot, crashes into wall and dies after she honked at driver in apparent road-rage horror

By James Gordon For Dailymail.com

An Arizona woman driving with her husband and pregnant daughter has died after being shot by a hail of bullets in a possible road rage incident, Phoenix police confirmed on Friday.

Stella Montes, 38, was found injured in a vehicle that had crashed into a road-side wall on Thursday.

Montes, who was behind the wheel of her white SUV with her husband and her eight-months’ pregnant daughter, was rushed to a hospital but died from her injuries.

She ‘was shot by a person in another vehicle after a traffic altercation,’ police said.

A witness who lives near the crash site near Seventh Avenue and Beardsley Road in north Phoenix said she heard eight to 10 shots before the crash.

‘I felt my whole house vibrate when the van hit the wall,’ she said.

Stella Montes, 38, was found inside her car which had crashed into a wall. She had been shot

No description of the suspected gunman or the vehicle was immediately available.

Brooke Raspa, a woman who lives on the other side of the retaining wall where the crash occurred told azfamily.com that the victim’s daughter was at the scene and believed it was road rage.

‘They honked at him to go, not realizing that it was no turn on red and then they decided to go around him and that angered him, apparently. So he drove by and probably emptied a whole clip,’ Raspa said.

Brooke Raspa, a woman who lives on the other side of the wall where the crash occurred told azfamily.com that the victim’s daughter was at the scene and believed it was road rage

Montes’s wrecked car came to a stop along the wall along the shoulder of the Pima Freeway.

‘You have to be a very angry person to even have the mindset to … kill this person because they went around me,’ Raspa said. ‘I mean, who does that? And to take someone’s life because of it is so sad to me.’

Raspa said she heard screams for help. It turned out to be the victim’s daughter.

‘We went up over the hill and the lady was stuck in the vehicle and we were trying to pull her out and the police showed up and told us to get out of the way and he started CPR immediately,’ Raspa explained.

After the light changed to green, she honked before going around him. The driver then caught up with her who then fired between 8 to 10 shots killing her

‘She was non-responsive from the very beginning.’

‘This investigation is in the preliminary stages,’ police explained in a statement on Friday.

‘Detectives are working to determine more information about what led up to the incident.’

Investigators, along with a mobile command unit, were at the scene for some time according to Fox 10.

Police say they do not have a vehicle or description of the suspect, but acknowledged the report that Montes ‘was shot by a person in another vehicle after a traffic altercation.’

A GoFundMe account set up to raise funeral expenses for the family paid tribute to Montes.

‘Montes always had a big heart and old soul. Never failed to put a smile on your face no matter the circumstances. Always willing to put herself last, in order to help those she loved first. There was never a dull moment that was shared with her. ‘