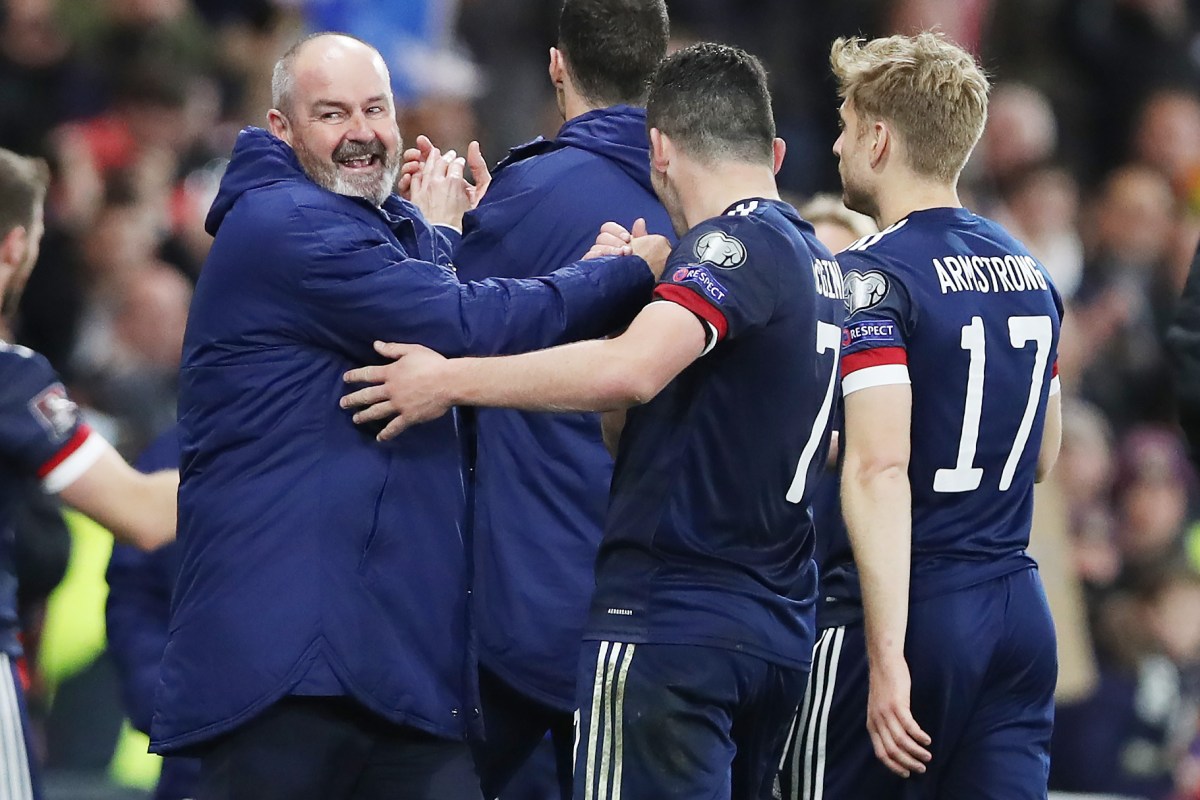 Just two months ago, Scotland’s prospects of playing at next year’s World Cup in Qatar were hanging by a thread.

A 2-0 defeat to the world’s most in-form nation Denmark meant Steve Clarke’s men would need to produce something truly special to qualify for the play-offs, with Israel in pole position to land second spot in Group F.

Six matches and six wins later, the Tartan Army have produced a truly remarkable run of form to seal their spot in next March’s play-off semi-final.

The side have gone on an unstoppable run which culminated in an incredible 2-0 victory over runaway group leaders Denmark on Monday evening.

Not only did they end their opponent’s 26-game unbeaten run in qualifiers, they also won six consecutive competitive games for the first time since sealing six Home Nations victories in a row between March 1928 and February 1930.

John Souttar netted his first international goal to raise the roof at Hampden Park before Che Adams scored a late second to keep their dreams of playing at Qatar 2022 firmly alive.

And Clarke, who admits he finds it hard to look happy at the best of times, said it was ‘impossible’ not to smile after his side dismantled the Euro 2020 semi-finalists to compound them to their first defeat in nine qualifiers.

While Clarke may not possess the managerial eccentricity of the likes of Jurgen Klopp, Antonio Conte or Jose Mourinho, his team is full of characters and that more than makes up for that.

Two of the Premier League’s finest full-backs Andy Robertson and Kieran Tierney embody the never-say-die mentality of his side.

Both players are natural left-backs but are too good to drop and Clarke therefore uses a five-at-the-back system to accommodate both the Liverpool and Arsenal men, with the latter used on the left of a back three.

Chelsea midfielder Billy Gimour – currently on loan at Norwich – was one again imperious in the middle of the park, dictating the tempo of play, intercepting Denmark attacks and making several key clearances to continue his good form for his nation following his impressive cameos at Euro 2020.

The 20-year-old, despite being outcast with the Canaries this season, served a timely reminder as to why he was courted by Barcelona last term following a sublime coming-of-age display for Chelsea against Liverpool in the FA Cup when Frank Lampard was in charge.

His usual midfield partner Scott McTominay has also absolutely crucial in their recent run, though the Manchester United man missed the Denmark clash with an injury.

Meanwhile, Southampton striker Che Adams has proved that his decision to switch allegiances from England to Scotland has been an inspired one.

He’s hit four goals in 13 appearances and without him, Clarke’s men’s hopes of Qatar might have been extinguished.

One player, though, who isn’t part of the ‘big-six’ elite, deserves more plaudits than any other; John McGinn.

The Aston Villa midfielder is a hero among both the Villa and Hampden Park faithful and as he so often does against his opponents, he ran Denmark ragged on Monday evening.

With a backside nearly as famous as Kim Kardashian’s, McGinn is hugely popular figure both with his club and country teammates.

But Clarke insists folk should lay off talking about his rear as he’s a pain in the a*** for rivals.

But the dogged nature of their side – embodied by the tenacious McGinn and directed by the humble Clarke – gives them every chance of doing the unthinkable and qualifying for next year’s showpiece in the Middle East.