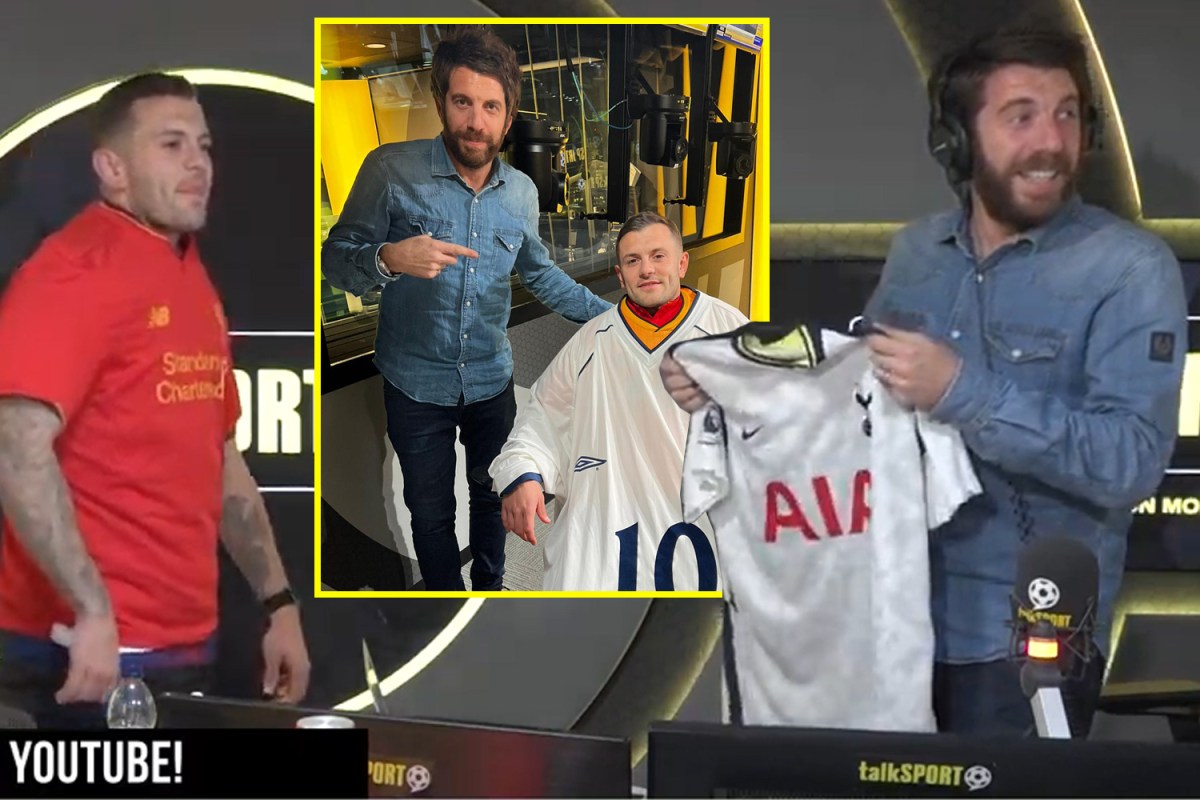 What does Jack Wilshere think of Tottenham?

From the day he led Arsenal’s famous chant from an open-top bus, to his recent cameos on talkSPORT, those feelings have endured.

Not even the prospect of a new world record could overpower the former Gunners midfielder’s well-known sentiments about Spurs.

Allow us to set the scene. A presumably-quite-warm Wilshere is wearing lots and lots of different football shirts, all at the same time, in the talkSPORT studio.

Why? Because tomorrow is Football Shirt Friday and Wilshere is down for the cause.

In an attempt to raise awareness of bowel cancer, in support of the Bobby Moore Foundation, full-kit-you-know-whats will be acceptable for a day on November 19.

Just the one will suffice, but to hammer home the message, Wilshere tried to set a new Guinness World Record for most football shirts worn at once.

Little did he know, talkSPORT host Andy Goldstein decided to throw a massive, cockerel-shaped spanner in the works.

The presenter convinced Wilshere the only way to break the record was to don a Spurs shirt, which the boyhood Gooner flat-out refused to do.

For context, the 29-year-old was wearing a Liverpool kit at this point, Arsenal’s opponents in the Premier League on Saturday.

The line was drawn at Tottenham. And his stance was so firm, it was even enough to make Goldstein cave.

As the presenter later revealed, it was only a prank. Considering the record stands at 260, there simply weren’t enough hours in the day for Wilshere to break it.

Nevertheless, he donned a humongous England shirt from the early noughties to finish, just for good measure.

We can only apologise for what they almost put you through, Jack.