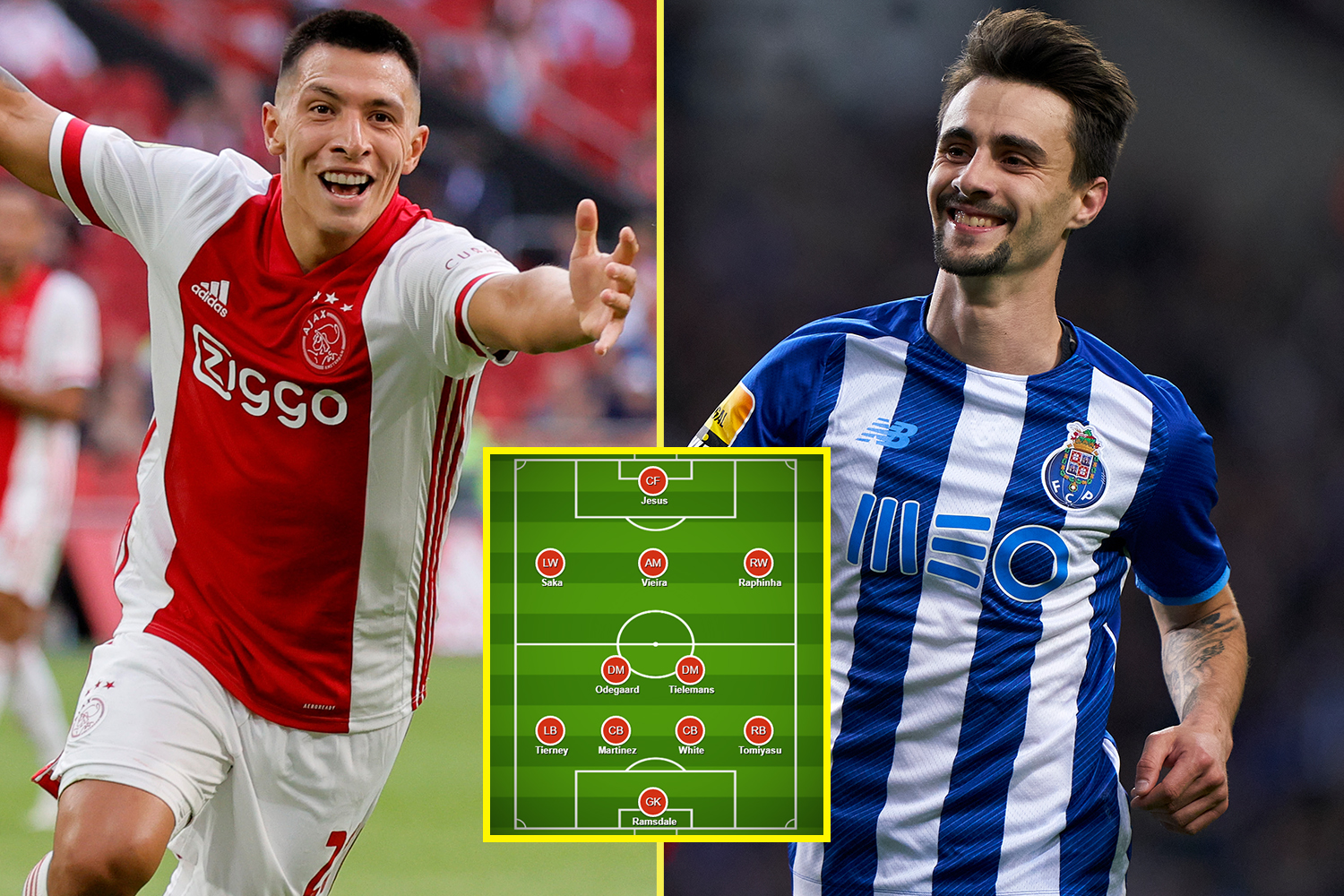 This season’s north London derbies are set to become increasingly unrecognisable with both Arsenal and Tottenham seeking upgrades that could take the fixture to a different level.

The fiercest of rivals battled for a future-defining spot in the Champions League last season, and with Spurs winning-out, they appear to be on the ascendancy.

Antonio Conte has decided to stay, and been given a £150million boost, which has already gone towards the impressive signings of Ivan Perisic and Yves Bissouma.

But if you had the impression that Arsenal were still reeling from losing out on fourth place and giving their enemies a psychological advantage, you’d be mistaken.

Roundly applauded for his transfer work last summer, Mikel Arteta is back at it, and could soon have a team even further built in his image.

Two players have already made their way through the door at the Emirates in the shape of US goalkeeper Matt Turner and Brazilian youngster Marquinhos, but things are now set to get even more interesting.

The imminent arrival of Fabio Vieira – who has now completed a £34m move from Porto – came out of nowhere, and mere hours later, the news of a £25m bid for Ajax defender Lisandro Martinez emerged.

Both players would add to positions of depth for the Gunners, but according to The Athletic, the pair are deemed too good to pass up.


Top players ‘would rather sign for Tottenham than Man United’, claims O’Hara

Arsenal’s top four tilt was derailed by injuries in the second half of the season, and with more additions on the way, there’s reason to suggest this campaign will be a far less frustrating one.

There’s a bigger area of need up front, and long-time target Gabriel Jesus now looks like he could finally arrive in a £50m deal from Manchester City, and he is seen as a huge upgrade on Alexandre Lacazette who recently left.

Much of Arteta’s reign has been replacing players who aren’t up to the standard with higher quality recruits, and nowhere more so than with their record signing Nicolas Pepe.

The rarely-seen Ivorian could soon leave London after a failed £72m move, with Leeds superstar Raphinha a potential replacement.

The Spanish coach may also finally be able to resolve one issue that has dogged his time at the club, with Granit Xhaka and his red cards also potentially set for an upgrade in the shape of Leicester’s Youri Tielemans.

Arteta is about to enter his third full season in management, and while the jury was still out last season, they’re set to return, and the Gunners boss may well have a convincing argument once they see the team sheet.