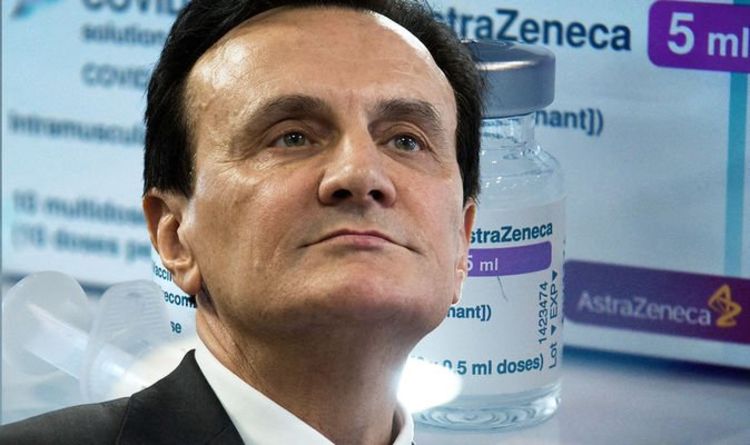 Pascal Soriot, 62, suggested the AstraZeneca jab might develop a greater T-cell response in comparison to doses of the Pfizer vaccine, the Times has revealed. It is thought a superior T-cell response could help people be better prepared to fight off severe illnesses.

The broadsheet reports the French-born AstraZeneca chief executive as having suggested this could be why Europe has had such high levels of hospitalisations compared to infection rates.

He added: “There was a big peak of infections but not so many hospitalisations relative to Europe.

“In the UK [the Oxford-AstraZeneca] vaccine was used to vaccinate older people, whereas in Europe people thought initially the vaccine doesn’t work in older people.”

European nations tended to prioritise doses of the Pfizer-BioNTech jab due to concerns about blood clots.

According to the MailOnline, just 67million AstraZeneca doses were sent to the continent compared to 440million from Pfizer.

Despite concerns over blood clots, the UK Government’s information on AstraZeneca claimed: “Following widespread use of the vaccine there have been extremely rare reports of blood clots in combination with low level of blood platelets.”

Studies have since indicated Pfizer produces a better antibody response, but Soriot argued the focus should shift towards T-cell response.

He said: “Everybody is focused on antibodies but antibodies decline over time.”