Bernard Tomic has returned a positive COVID-19 test just days after remarkably claiming that he would contract the virus during an Australian Open qualifier.

Tomic complained during his clash against Russia’s Roman Safiullin in his straight sets loss, and his positive test could potentially cause chaos just days out from the start of the Australian Open. 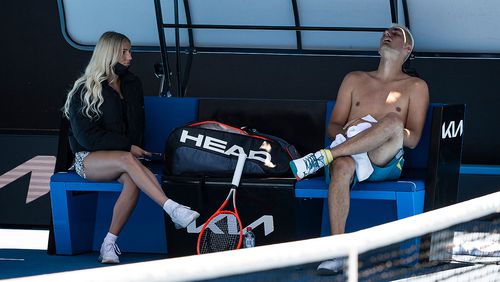 “I still feel pretty sick,” Tomic told the Sydney Morning Herald after receiving the positive result. “I feel worse mentally than physically because I really was motivated to make a comeback and show the Australian public that I can be the tennis player they expect me to be. I’m disappointed this virus stopped me from doing that.

“I know it might not seem like it but this is the start of my return. Due to the illness, I just couldn’t fire on all cylinders. As much as I tried, I didn’t have the energy to fight. I’m going to do everything it takes to get back to the top. I really appreciate everyone’s support.”