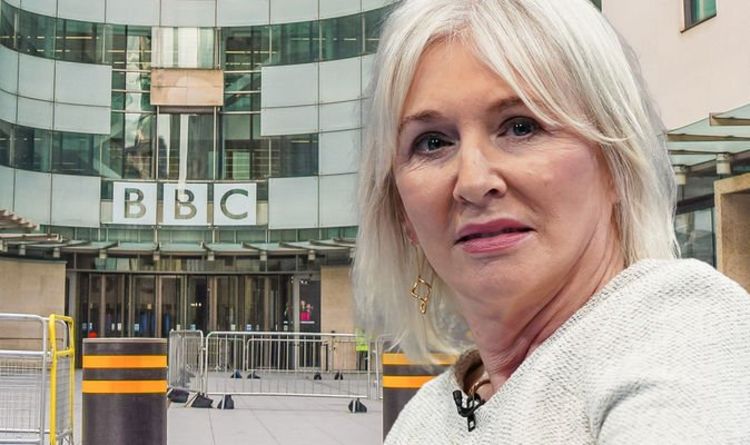 Nadine Dorries, Culture Secretary and Conservative MP for Mid Bedfordshire, said ahead of the BBC’s next charter review process “we will undertake a detailed look at the TV licence model to ensure it is fit for the future”. It comes as Ms Dorries has been accused of “rebuking” the broadcaster’s political editor by a Labour MP.

Ms Dorries called the BBC a “beacon for Britishness” and “for what is excellence in broadcasting”, but said there are “some problems”.

She said that “even the editors at the BBC and those who run the BBC accept that there have been some problems, and they are being dealt with, and that’s part of the ongoing discussions”.

Ms Dorries said the future of the licence fee will be decided at the charter renewal in 2027 but said “those discussions … both from the editorial perspective, and a number of layers and recently highlighted during the response to the Serota review, are in all in consideration moving forward. His comments have been noted”.

He described the BBC’s treatment of pensioners as “disgraceful” and called for the Government to use the 2022 funding review “to scrap the licence fee altogether”.

In August 2020. the BBC board decided to scrap free licence fees for all those over-75 years old.

The policy was changed to allow free licence fees to only those aged over 75 who receive Pension Credit, which the corporation estimate would be available to over 1.5 million households.

The corporation said it would also offer “customer care visits for those who require further assistance” after the July deadline.

The licence fee change sparked anger from campaigners who called it “Orwellian” and accused the corporation of intimidating the elderly with letters and visits.

Dennis Reed, director of Silver Voices, said: “Is the BBC going to fine and potentially take to court hundreds of thousands of senior citizens who are standing out against the scrapping of this welfare benefit?

“We have massive political and media support for a rethink on this issue and the Government now needs to intervene urgently to force a solution.”

Former cricketer Lord Botham added many people had paid “extremely reluctantly” and would “sit on their chequebooks” in the future.

He said: ”The BBC is now threatening to send round the boys for what it calls ‘customer care visits’.

“The public can see through this Orwellian language and will never stomach the BBC intimidating the elderly.”

It comes as Ms Dorries insisted she did not “rebuke” Laura Kuenssberg and “never would” after attempting to correct the political editor’s reporting on Twitter.

“Other MPs leaving the meeting of Tories where the PM was speaking? ‘He needs a Lemsip’, ‘Excellent’, ‘Muted’ – ‘fair to say it’s been a rough couple of weeks.’”

Ms Dorries then said in a now-deleted post: “Laura, I very much like and respect you, but we both know, that text is ridiculous, although nowhere near as ridiculous as the person – obviously desperate for your attention, who sent it.”

In Department for Digital, Culture, Media & Sport (DSCM) Questions on Thursday, Shadow Culture Secretary Jo Stevens said: “We have spent much of the past two weeks talking about standards in public office and on this side of the House we care deeply about the independence and the impartiality of the BBC.

“I know the Secretary of State also cares to the extent that she actually has the time to police the BBC’s political editor’s tweets and publicly rebuke her.”

Ms Dorries said in response: “I did not rebuke Laura Kuenssberg, somebody who is maybe … the best in the business actually, very professional, very polite tweet.

“The tweet was completely misinterpreted. I was not rebuking Laura Kuenssberg and never would.”

Ms Stevens also said on Twitter: “We care deeply about the independence and impartiality of the BBC.

“It seems the Secretary of State also cares – to the extent that she actually has the time to police the BBC Political Editor’s tweets and publicly rebuke her.”

The Labour MP for Cardiff Central then said: “I’ve just asked if she thinks it would be inappropriate for a govt minister overseeing licence fee negotiations, to seek to influence editorial decisions – including how the Prime Minister was interviewed, and using the threat of reducing BBC licence fee funding while doing so.

“Of course, she didn’t answer the question.”