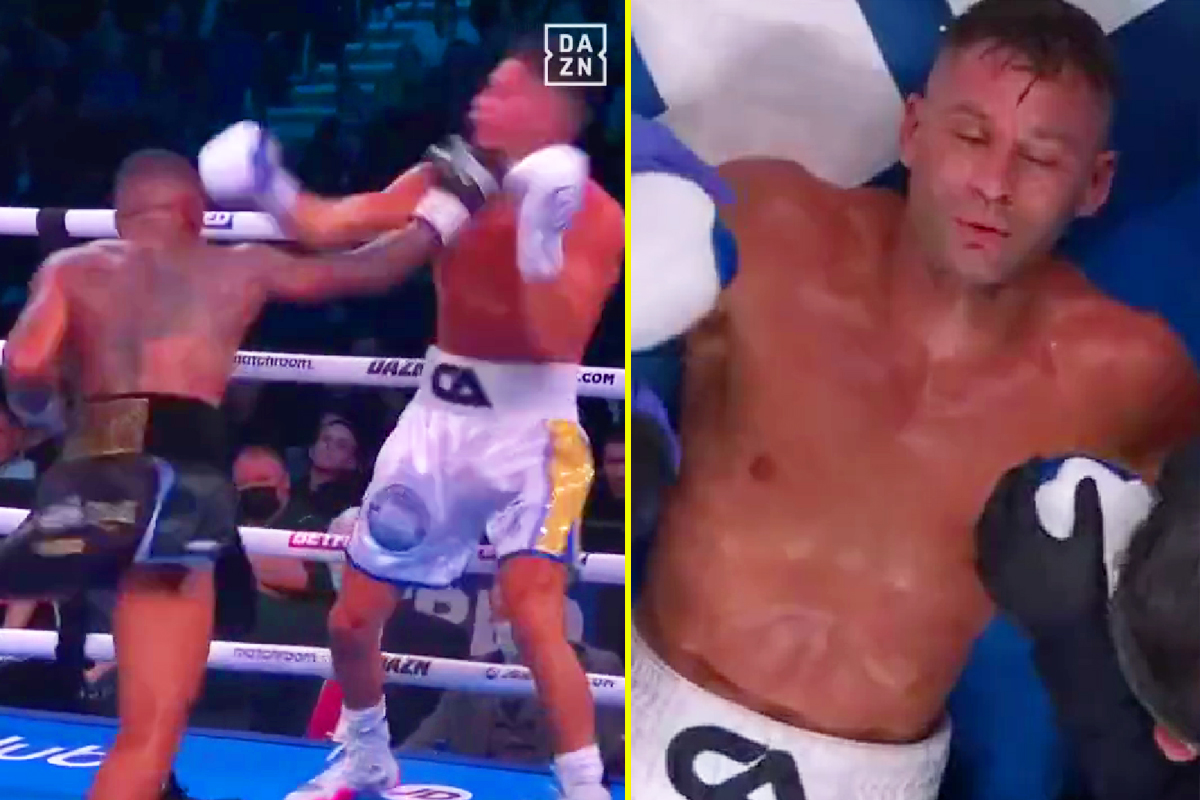 Conor Benn made a statement as he KOd Chris Algieri on Saturday night in Liverpool.

The 25-year-old contender put on a show as he excelled in the opening three rounds and closed the show in the fourth.

Algieri was forced to soak up the pressure, but responded with a solid counter left hook of his own which caught Benn’s attention.

There was more success for Benn to Algieri’s body in round two.

The American fired back with clever counters, but was then floored with a big left hook.

Upon looking at the replays, it appeared this may have been a trip rather than a legitimate knockdown, but the referee ruled in the Brit’s favour.

Benn continued his targeting of the body in round three.

The young Brit also showed off his improved head movement as he evaded combinations from Algieri.

Then, in round four, the fight was over in an instant.

A single right hand from Benn flattened Algieri and he did not make it back to his feet.

Conor’s father Nigel celebrated emphatically at ringside as his son moved to 20-0.

Benn said post-fight: “I silenced all them doubters, watch the next fight, it’s gonna be a test.

“They’re not tests. It sounds like arrogance, but it’s not.

“No-one’s done that to Algieri.

“What more do I have to do?

“I’m a top world level athlete, you don’t get the rankings I’ve got for nothing.

“If they wanna come and have a fight, that’s what happens.

“The yanks now. I hope they know that, number one, I’m the best fighter in Britain. And number two, I’m coming for them.”