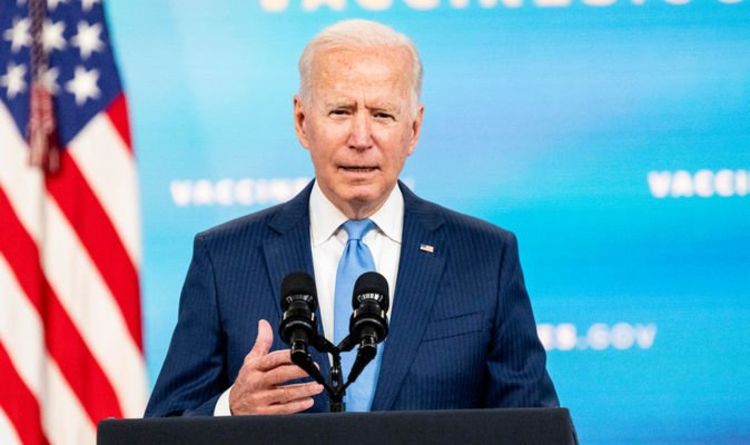 During the G20 summit in Rome, the presidents of France and the United States met in a bid to strengthen diplomatic ties. The White House previously confirmed they will “cover the waterfront” of issues.

However, in a swipe at the UK’s special relationship with the US, Joe Biden snubbed Britain in favour of France.

The 78-year-old tweeted: “I had a great meeting with French President Emmanuel Macron this afternoon.

“The United States has no older, no more loyal, no more decent ally than France.

“They’ve been with us from the beginning — and we will always be there for them.”

Biden’s snub of Boris Johnson for Emmanuel Macron comes less than two years after the US president claimed the Prime Minister was a “physical and emotional clone” of then-president Donald Trump.

Tensions between Britain and France have surged in recent weeks after French ministers warned they will block British boats from some of the country’s ports and tighten checks on vessels travelling between France and the UK as the two countries engage in a row over post-Brexit fishing rights.

The EU superpower wants the issue resolved by Tuesday or will inflict retaliatory measures, which could include cutting off electricity supply to the Channel Islands.

However, the previous announcement of a groundbreaking transatlantic defence deal involving Britain and the USA, which in turn triggered the collapse of France’s £48billion deal to build a fleet of submarines for Australia, infuriated Macron.