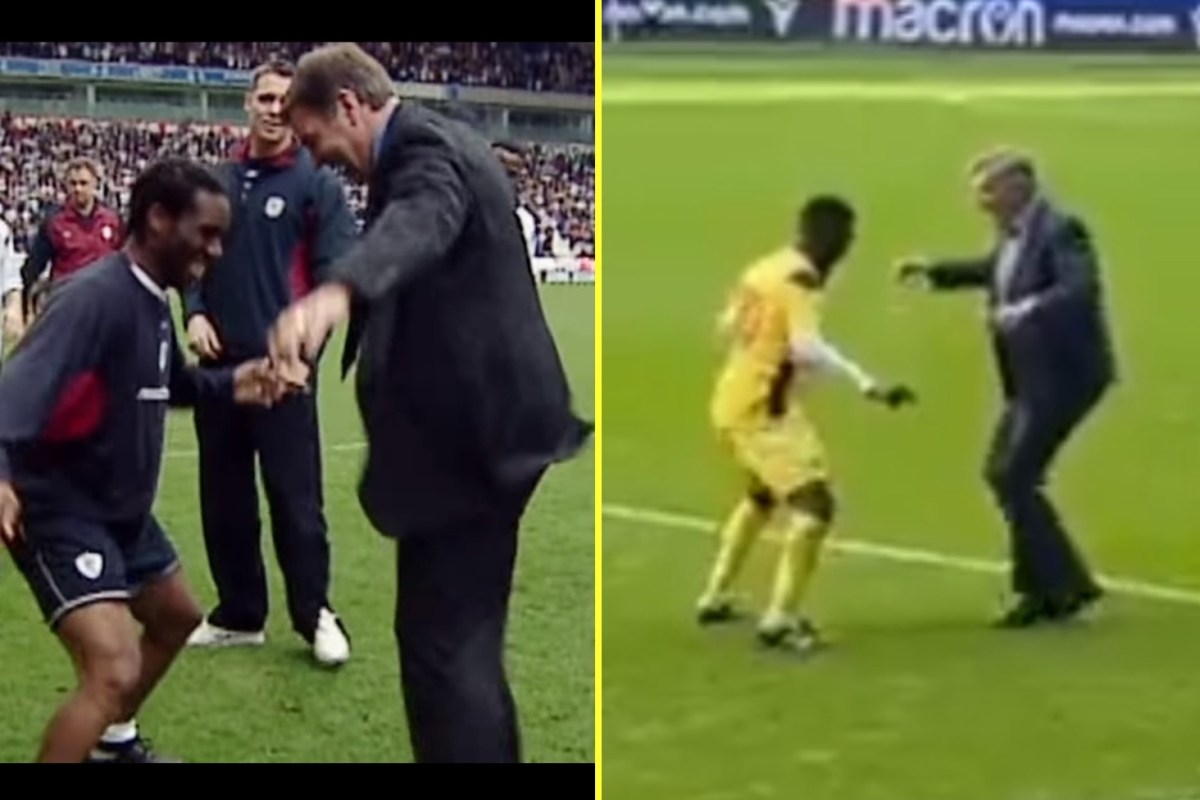 Manager Sam Allardyce and attacking midfielder Jay-Jay Okocha were on the field again and produced a wonderful moment that they first created in 2003.

Allardyce and Okocha were part of the Bolton side that secured a sixth placed finish in the 2004/05 season as they secured a place in the UEFA Cup as it was known then.

The Nigerian dazzled Bolton fans with an array of skill, quick feet and dribbling and was loved by both the fans and his manager Allardyce.

To the delight of the club’s fans, they were able to witness Okocha again in a charity match in which the current Bolton side beat the Wanderers ‘all-star’ team 7-4.

Unsurprisingly, Okocha was one of the goal scorers and after he found the back of the net, ran over to the bench to celebrate his goal with Allardyce.

For someone who had previously spent time at Paris Saint-Germain with Ronaldinho, it was quite a shock to see Okocha swap the French capital for Bolton, but was a move that he did no regrets about.

He told talkSPORT: “As a football person, football comes first, not the city, not the lifestyle, but one thing that’s clear is that the training ground was different, the attitude towards the games was different.”

When he and Allardyce left the club in 2007 it was the end of an era and sadly for Bolton supporters, they have not witnessed such greatness since.

Currently the club sit 11th in League One six points off a play-off place.