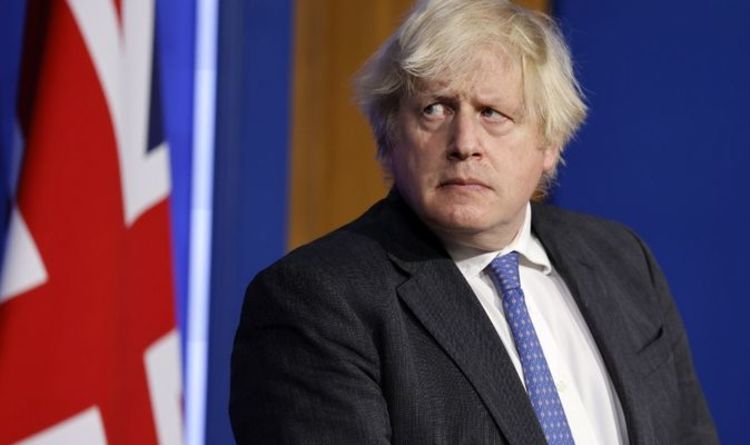 On Friday night, the Prime Minister listed all the new policies initiated over the year that Brexit made possible. He said: “A year ago today, we entered our new relationship with the EU through the world’s biggest ever zero-tariff, zero-quota free trade deal: the UK-EU Trade and Co-operation Agreement.

“That was just the start. Our mission since has been to maximise the benefits of Brexit so that we can thrive as a modern, dynamic and independent country.

“And from Singapore to Switzerland, we’ve negotiated ambitious free trade deals to boost jobs and investment here at home.”

The Prime Minister also claimed that cuts to beer duty in the Budget and restoring the crown stamp to pint glasses were examples of how his government was “restoring common sense to our rulebook.”

He added: “The job isn’t finished, and we must keep up the momentum.

“In the year ahead, my Government will go further and faster to deliver on the promise of Brexit and take advantage of the enormous potential that our new freedoms bring.”

Boris Johnson made no mention of this year’s challenges that political opponents blamed on Brexit, such as HGV driver shortages, food shortages in supermarkets, migrants dying in the Channel and tensions regarding the Northern Ireland Protocol.

“With only days to go before the new rules, we remain concerned that January could be a fraught month for our members.”

As officials are reviewing thousands of EU-made regulations that have been automatically retained post-Brexit to ensure they continue to benefit the UK, insiders say the focus favours new technology.

Work is reportedly taking place across government departments to identify areas where the UK can take the lead, such as artificial intelligence, self-driving cars, reforming data rights and reforming medical devices regulation.