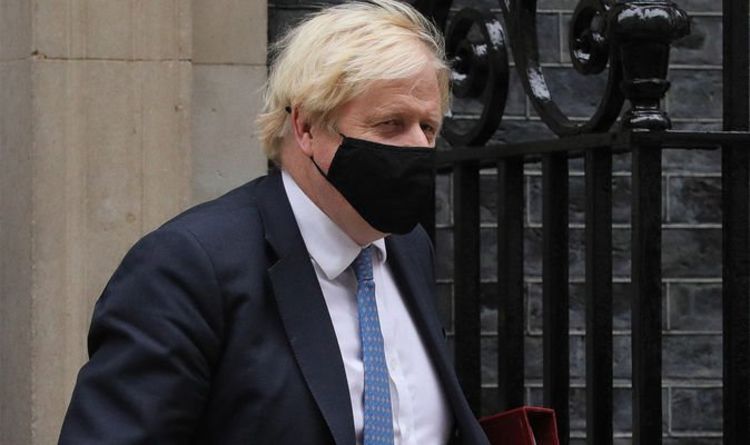 Relations between the Downing Street neighbours have been in the spotlight in recent days after the Treasury was blamed for an anonymous briefing against Mr Johnson. The ever more toxic row has dominated Westminster this week and has exposed months of tensions between the pair.

Frictions over the summer between Mr Sunak and Mr Johnson were thought to have eased in September and after the success of the Conservative Party conference in October.

But now it has been claimed the truce between the two men at the heart of the Government lasted just a mere weeks, with a row boiling over in Budget talks last month.

The fiscally conservative Chancellor is said to have been left infuriated by the Prime Minister’s repeated pushes for more spending.

At one point he is said to have demanded aides leave the room for a “reality check chat” between the two of them.

A Government source told The Sun: “Things got very bad in the run up to the spending review when No10 just kept saying more, more.

“It boiled over eventually and they had a long chat just the two of them.”

Claims the Chancellor threatened to resign have been rejected.

Yesterday No10 insisted Mr Johnson and Mr Sunak’s teams “continue to work together very well at all levels”.

“They work very closely together delivering on the public’s priorities.”

Later in the day the Government only narrowly won a vote in the Commons on its social care cost cap reforms.

The legislation passed with a majority of just 26 after 18 Conservatives rebelled and dozens stayed clear of the vote.

A “senior Downing Street source” afterwards took aim at the Prime Minister, with the Treasury being accused of being behind the briefing.

They told the BBC: “There is a lot of concern inside the building about the PM.

“If they don’t insist, he just won’t do anything about it.”

The Treasury has denied being responsible for the attack.