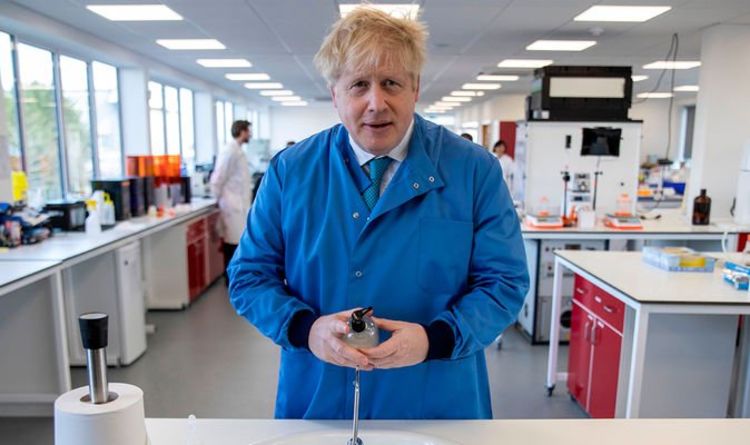 The schema was launched in May as an incentive for award-winners in the fields of science, engineering, the humanities and medicine who want to work in the UK. The Prestigious Prizes’ route makes it easier for these academics to apply for a Global Talent visa. It requires only one application, with no need to meet conditions such as a grant from the UK Research and Innovation funding body or a job offer at a UK organisation.

The Government launched the scheme in the hope of attracting academic from over 70 prices including the Nobel Prize, Turing Award and the L’Oréal-UNESCO for Women in Science International Awards.

But a Freedom of Information (FOI) request from New Scientist showed “not one application” was made months after launching.

Professor Andre Geim, from the University of Manchester, said: “Chances that a single Nobel or Turing laureate would move to the UK to work are zero for the next decade or so.

“The scheme itself is a joke – it cannot be discussed seriously.”

The UK has come under fire (Image: GETTY)

The Uk is struggling to attract talent (Image: GETTY)

Prof Geim won a Nobel prize in 2010 for his work on graphene.

And he is not alone in his concerns.

Dr Jessica Wade, a material scientist at Imperial College London, added: “Frankly, having precisely zero people apply for this elitist scheme doesn’t surprise me at all.

“UK scientists’ access to European funding is uncertain, we’re not very attractive to European students as they have to pay international fees, our pensions are being cut and scientific positions in the UK are both rare and precarious.”

Shadow Science Minister Chi Onwurah added: “It’s clear this is just another gimmick from a Government that over-spins and under delivers.

The Prime Minister wants to make the UK a science superpower (Image: GETTY)

“It is not surprising that the government has failed so comprehensively to attract scientists from abroad, given their lack of consistent support for scientists here.”

The Home Office has since confirmed to Express.co.uk that the scheme has now received applications “since the FOI”.

A Home Office spokeswoman added: “The Prestigious Prizes’ route makes it easier for those at the pinnacle of their career to bring their unrivalled expertise to the UK and contribute to our world-leading sectors including science, engineering, humanities and medicine.

“It is just one option under our Global Talent route, through which we have received thousands of applications since its launch in February 2020 and this continues to rise.

“The lists of awards covered by the scheme has been drawn up in consultation with the relevant endorsing bodies and represents a finite number at the very highest level in science, humanities, engineering, digital technology and arts and culture.”

But despite this, the comments made do appear to reflect growing concerns within the UK science community.

The Government was planning to contribute £2.1billion annually to the programme so British scientists and researchers could have access to an array of European science projects and access to funds.

But Lord Frost and Business Secretary Kwasi Kwarteng are now said to be rolling out plans to set up a £6.9billion “Discovery Fund” to rival Horizon Europe.

Experts have warned against this, including Professor of Research Policy at the University of Sheffield, James Wilsdon.

He told Express.co.uk: “You can’t really have a Plan B for recreating big collaborative network projects.

The UK worked incredibly on the Covid vaccine (Image: GETTY)

Billions of people have been vaccinated with AstraZeneca (Image: GETTY)

“It is certainly a significant setback to the UK’s ambition to remain at the forefront of global science.

“We know, and there is ample evidence, that collaborative research is in general higher quality in terms of the influence it has. And in a lot of areas, you can’t really tackle key problems without collaborations with key groups.”

He sent Lord Frost a grave warning as he claimed that Britain’s permanent exclusion from Horizon Europe could be detrimental to British science.

Mr Wilsdon told Express.co.uk: “Even in a post-Brexit context there’s plenty of countries outside of the EU who are members of Horizon, and the Government always said we would stay in the framework programmes even if we did Brexit.

“So in a sense, to not be in them is an unnecessary act of self-harm to British science.”