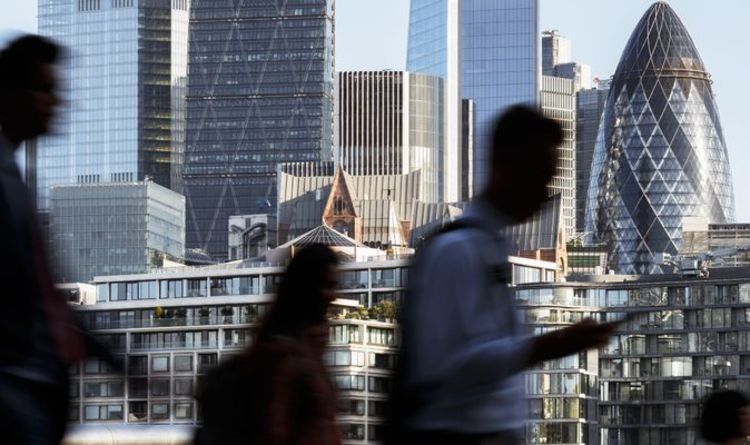 Brexit: ‘The process is a mess’ says Richard Madeley

In an 80-page document the Treasury announced that it plans to scrap EU laws retained after Brexit but no longer deemed appropriate. Instead, the finance sector will see new rules drawn up by the Financial Conduct Authority and the Prudential Regulation Authority. By scrapping the existing EU rules the regulators will be able to come up with requirements more suited to the UK market.

The plans also say that while ensuring financial stability would still be the prime goal for UK’s two financial watchdogs, they will also now have the task of boosting growth.

The Treasury presented the framework for financial regulation as a key Brexit win, allowing the UK to be more flexible in meeting ever-changing market conditions.

Giving regulators more power and preserving their independence is a critical fix that will support a more dynamic supervisory structure than under EU rules, according to the Government and its backers in the City, POLITICO reports.

But despite the move, many in the industry are calling for even more concessions.

They want a a new mandate that regulators take international competitiveness and economic growth as primary considerations, on par with policing integrity and capital requirements in the sector.

That would effectively give even broader leeway to the City, as its lawyers could argue any new rule could compromise the country’s international competitiveness and growth potential.

Huw Evans, the director-general of the Association of British Insurers said: It’s “disappointing” the consultation ranked competitiveness only as “a secondary objective”.

The Treasury announced that it plans to scrap EU laws retained after Brexit. (Image: Getty)

“This does not go far enough, as regulators will always put primary objectives above secondary ones.”

He added: “Unless regulators have economic growth as a primary

objective, we are not convinced anything major will change.

Miles Celic, the chief of TheCityUK, said the proposals “mirror much of what the industry has been calling for”.

However, he also believes the Government should take the overhaul “even further”.

A Treasury official countered that the government was right to keep competitiveness as a secondary objective on grounds of financial stability.

He said: “It allows regulators to focus on their usual responsibilities. We can’t have [competitiveness objectives] inhibit prudential regulations.”

The consultation, which runs until February, adds details to the previous policies outlined by ministers and top officials.

The original move was necessary at the time to avoid a legislative black hole as the UK made Brexit (Image: Getty)

An added bonus of the new rules: The intricate task of stripping legislation of the unnecessary provisions copied in haste in 2019 from the EU statute book will be outsourced to supervisors, freeing up much-needed parliamentary time.

The original move was necessary at the time to avoid a legislative black hole as the UK made Brexit official, meaning the so-called EU acquis stopped applying.

With the final version of the framework rules expected in the early part of 2022, the Bank of England and Financial Conduct Authority will be able to start wading through the reams of “onshored” legislation at some point next year.

But the Government has not directly weighed in on some key questions, such as whether to form a new parliamentary oversight committee or expand the resources of the existing Treasury Committee, which would mirror the EU parliament’s ECON panel.

The Government has only said it expects the Parliament’s recently formed Industry and Regulators Committee to play an “increasingly important” role.

More broadly, what is left unclear is who will scrutinise the regulators as they acquire new powers.

This has generated fresh debate among industry and lawmakers, with industry bodies demanding the government introduce mandatory judiciary reviews of new rules.

Those reviews would effectively set up one more tripwire for rules to come into force and give industry another chance to lobby regulators, judges or both.

To Bim Afolami, a Conservative MP, the framework proposals are “a missed opportunity” to introduce more parliamentary oversight.

It’s too much work for the Treasury committee, he argues.

What is left unclear is who will scrutinise the regulators as they acquire new powers. (Image: Getty)

The select panel “will only scratch the surface and may lead in the long run to over-complicated financial services regulations,” said Afolami, who has pushed for a new committee.

On the issue of judiciary involvement, he said, financial firms should feel emboldened to sue regulators when they believe they’re unfairly targeted — and not worry about the consultation providing an extra layer of judicial review.

He said: “There is no evidence the regulators would punish them if they are taken to court.”

Meanwhile, the Treasury official said the industry’s recourse to push back against regulations in the new system will in any event be sufficient, pointing to a mandate for watchdogs to draw up a “cost-benefit analysis” of new rules that takes industry views into account.