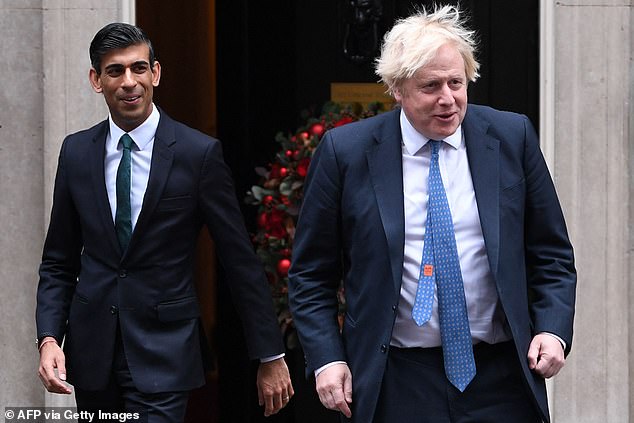 By Dan Atkinson For The Mail On Sunday

Britain’s economy will vastly outstrip that of France in the next 15 years, according to a landmark report published today.

Booming tech investment and the economic reforms of the Thatcher era are giving the UK a clear lead over its neighbour and historic rival, according to independent think-tank the Centre for Economics and Business Research (CEBR).

The research will further strengthen Britain’s case in the battle with France for bankers and other highly qualified staff.

Britain’s economy will vastly outstrip that of France in the next 15 years, according to a landmark report published today

Douglas McWilliams, deputy chairman of CEBR, told The Mail on Sunday: ‘Tech is the dynamic factor in economic growth and Britain is investing more in this area than France and Germany put together.

‘Between half and three-quarters of UK economic growth has come from the tech sector. By contrast, Germany has a hefty legacy economy, based on car manufacturing and similar.’

The UK is the world’s fifth-largest economy and is estimated to have a gross domestic product of £36,357 per head.

The report predicts Britain will drop to sixth position behind India in 2026, where it is expected to remain until 2036.

France, currently the sixth-largest economy, is predicted to fall to seventh position next year and remain there.

There had been hopes in Paris that Brexit would lead to an exodus of financial jobs from the UK. But consulting firm EY has reported that fewer than 8,000 posts have been relocated from London to the Continent.

The Mail on Sunday revealed last weekend that the European Central Bank is trying to raise this figure, threatening to take licences from banks that fail to shift substantial financial assets and staff from London to the eurozone.

The CEBR report notes that Brexit had cost the City no more than ten per cent of its business, despite dire forecasts from politicians and commentators in the run-up to Britain’s exit from the EU.

The UK’s is currently estimated to be worth £2.1 trillion, 3.6 per cent larger than France’s

The UK suffered one of the biggest economic shocks from the pandemic globally, but is tipped to bounce back this year.

Economists surveyed by the MoS expect UK growth of 4.7 per cent next year, following a 7 per cent rise this year. The economy shrank 9.4 per cent in 2020, its worst performance for a century.

Businesses in the science, technology and grocery sector are tipped to do well next year, while the recovery of travel and hospitality firms will be dependent on Covid restrictions.

While admitting the path of the world economy is hard to predict, the CEBR suggests that by 2036, China, currently in second place, will have the world’s largest economy, overtaking the United States.