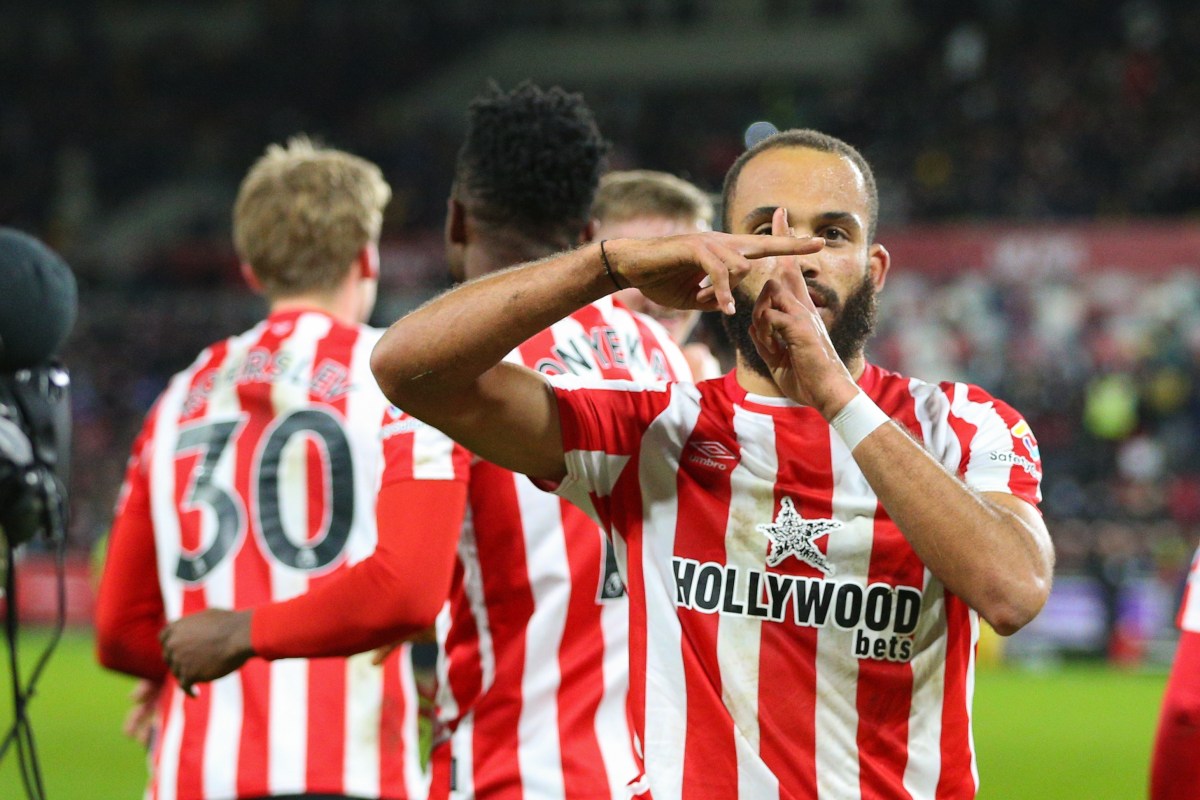 Bryan Mbeumo struck a dramatic stoppage-time penalty as Brentford left it late to seal a 2-1 victory over Watford.

Emmanuel Dennis’ goal for the visitors looked to have sealed the points for the Hornets, but with six minutes remaining, the Bees hauled themselves level through Pontus Jansson.

Then Mbeumo, deputising from the spot for the Covid-19 hit Ivan Toney, held his nerve to secure a memorable victory.

Dennis seemed to have breathed life into Watford’s survival bid with his first-half header, but the Bees came back to sting the Hornets.

Watford boss Claudio Ranieri had said beforehand this match was where their season would really begin following a brutal run of fixtures, but it is now four defeats on the trot for the Italian.

Midway through the first half Mbeumo chased Baptiste’s ball down the right wing, cut inside William Ekong and curled a shot which looked destined for the far corner until Bachmann flung out a hand to touch it wide.

That seemed to stir the Hornets into life, though, and when Brentford gave the ball away cheaply on the halfway line it found its way to Joshua King, who cut in from the left and crashed a low shot against the far post.

The loose ball was deflected for a corner and from Tom Cleverley’s delivery, Dennis up got ahead of Bees captain Jansson to nod home.

Dennis could have had a second shortly afterwards but just failed to get enough on his header from Moussa Sissoko’s cross.

Brentford were close to snatching an equaliser before half-time but Charlie Goode’s header from Vitaly Janelt’s corner landed on the roof of the net.

After the break Mbeumo should have done better with a header from Mads Roerslev’s cross, with Rico Henry’s follow-up blocked by Kiko Femenia.

Bachmann came to Watford’s rescue again with 15 minutes left with a diving save from Christian Norgaard, before Alvaro Fernandez held King’s shot at the other end.

But the Bees hauled themselves level with six minutes remaining when Jansson got his head onto Janelt’s cross.

And deep into five minutes of injury time Bees substitute Saman Ghoddos gave Ekong the slip and was brought down by the Hornets defender.

Toney may be ‘the world’s best penalty-taker’, according to Brentford boss Thomas Frank, but Mbeumo has clearly been paying attention, mimicking his absent strike partner’s run-up and burying the spot-kick into the corner.