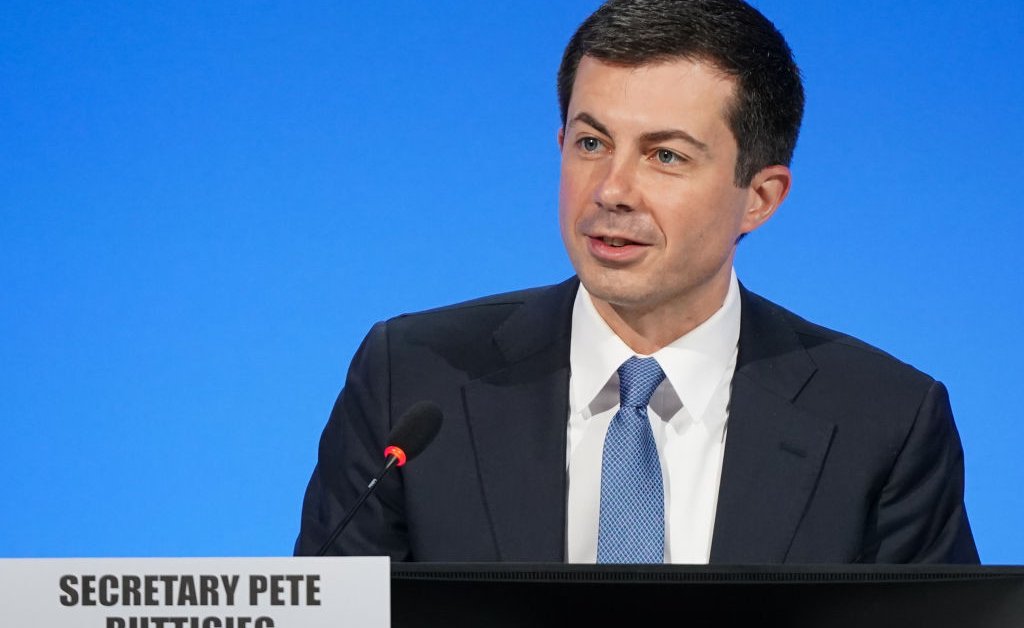 Without action, airlines could be forced into “widespread and unacceptable disruption,” Buttigieg and Steve Dickson, administrator of the Federal Aviation Administration, said in a letter Friday to the wireless providers’ chief executives.

Airplanes could be diverted from airports where landings aren’t safe, “causing ripple effects throughout the U.S. air transportation system,” the two officials said.

The request for a two-week delay, from Jan. 5, comes amid a running debate over what effect the new wireless service might have. The argument has pitted the FAA and aviation community, which raised alarms over safety concerns, against wireless providers and the Federal Communications Commission, which authorized the planned new 5G service and said there was no threat to safety.
[time-brightcove not-tgx=”true”]

The argument revolves around altitude-sensing devices called radar altimeters that operate on frequencies close to those assigned to the new 5G service. The FAA on Dec. 23 warned that aircraft safety devices could malfunction from missing or erroneous altimeter readings.

The wireless industry said power levels are low enough to preclude interference, and pointed out that 5G operations outside the U.S. haven’t harmed aviation. Aerospace experts have said that power levels and frequencies are different in other nations, which have in some cases instituted the protections requested by U.S. airlines.

The U.S. officials in their Friday letter requested a delay of “no more than two weeks.” During that time, the FAA and the aviation industry will identify airports where a buffer zone would permit flights to continue safely.

In addition to the two-week delay, the transportation officials asked the companies to hold off on the new service near “priority airports.” The service could be activated near those airports on a rolling basis through March, they proposed.

In this way, most 5G customers could use the new service, but critical runways would be protected, they said. The FAA said it is attempting to identify the airports it views as priorities and seek to identify mitigations that will let most large commercial aircraft operate safely.

“This proposal minimizes and spreads the short-term economic and operational burden while permanent fixes are rapidly put into place,” Buttigieg and Dickson said. “It will still involve significant disruptions for aviation operations in the U.S., but represents a much better way forward than the current trajectory.”

AT&T and Verizon earlier postponed new service for a month, to Jan. 5, and said they would operate at reduced power in response to aviation concerns.

Verizon received the letter after 6 p.m. on New Year’s Eve and needs time to review it, said Rich Young, a spokesman for the company.

Kim Hart, an AT&T spokeswoman, said the company was reviewing the letter.

“Failure to reach a solution by Jan. 5 will force the U.S. aviation sector to take steps to protect the safety of the traveling public, particularly during periods of low visibility or inclement weather,” the two officials wrote in the letter.

The proposal “minimizes” the short-term economic burdens on the two companies while allowing the government to quickly assess risks and is “a much better way forward then the current trajectory,” the letter said.

The top two aviation regulators in the U.S. said they recognized the importance of moving forward on 5G, but added that their request was needed to maintain aviation safety.

“The United States has the safest aviation system in the world,” the letter said. “We achieve this every day by actively identifying risks and eliminating them.”

While the issue of potential interference with aircraft equipment has been percolating for well over a year, the risks can depend on detailed analysis of tower locations and precise radio beam power levels. It is only in recent weeks that such detailed data has been turned over to the FAA.

The FAA is working with manufacturers of radar altimeters to better understand potential interference, but needs more time to identify “priority airports” and to complete technical work, the letter said.