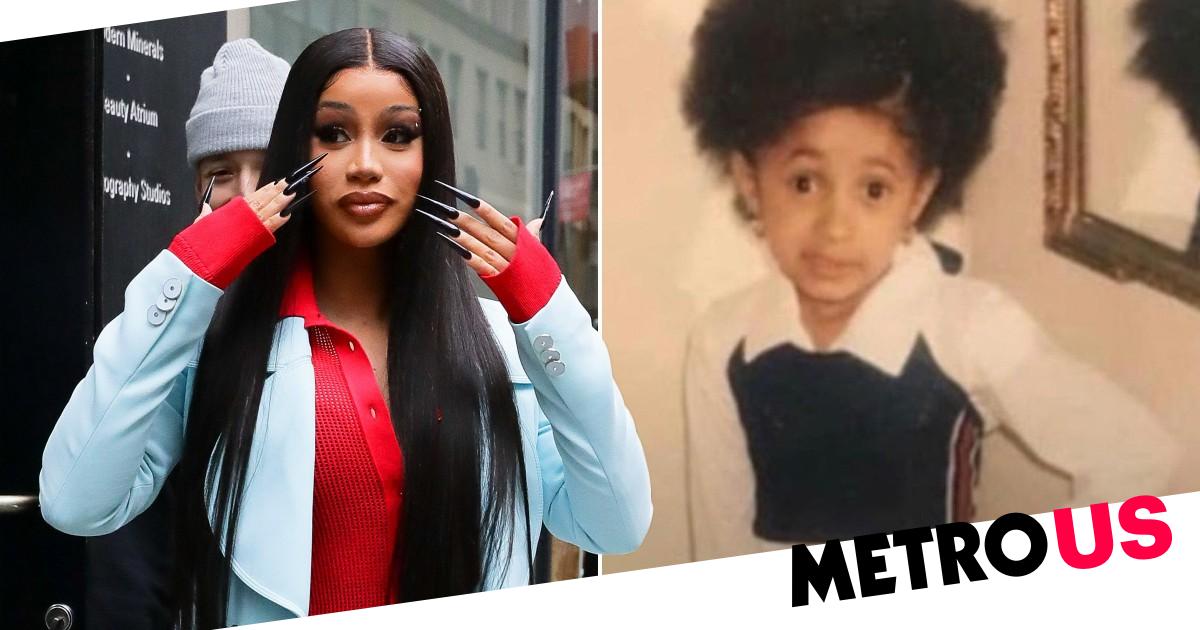 Cardi B has called out online trolls for attacking her natural hair, insisting that just because she is mixed-heritage, that doesn’t mean her hair is ‘long’ and ‘curly.’

The WAP rapper, 29, who is notably known for her unforgettable hairstyles, expressed her frustration towards people who criticise her natural hair in a lengthy Instagram post.

The American entertainer wrote: ‘I post my natural hair I hear, ” you’re mixed, you’re supposed to have long hair.”

‘That’s not true and very misleading,’ she added.

‘Since I been posting pics of my hair journey for years and being mixed don’t mean your hair is always long and curly, that wasn’t my case. Since I was a child I have problems with managing my hair and couple years ago I find different methods that work for me and look at my length now.

‘I want women of color with tighter curl patterns to know that you don’t have “BAD HAIR” there’s no such thing as bad hair. and “good” hair doesn’t mean a certain texture. ALL HAIR IS GOOD.’

This isn’t the first time the star has educated her followers on Afro hair. The Bodak Yellow star announced earlier in the year, that she’ll be releasing a new haircare line after her followers clashed with each other arguing whether her hair was able to grow long because of her Latina heritage.

Despite having access to the best hair products around, Cardi B proved there’s nothing better than all-natural ingredients for seriously healthy natural hair.

The Bodak Yellow star, who is married to rapper Offset, shared her process for making a hair mask for her and her daughter Kulture, raiding her fridge and pantry for the best ingredients for their locks.

Cardi mixed up a bespoke treatment using fruit, vegetables and a series of different oils to help moisturise her and her daughter’s hair.

Talking her followers through the process, Cardi listed off the ingredients which were avocado, Argan oil, mayonnaise, black castor oil, olive oil, eggs, honey and bananas.

She revealed that she likes to whip it all up in the blender rather than just mixing it as the avocado can be hard to wash out of the hair otherwise.

MORE : All Too Well: Who is in the cast of Taylor Swift’s short film and how can you watch it?