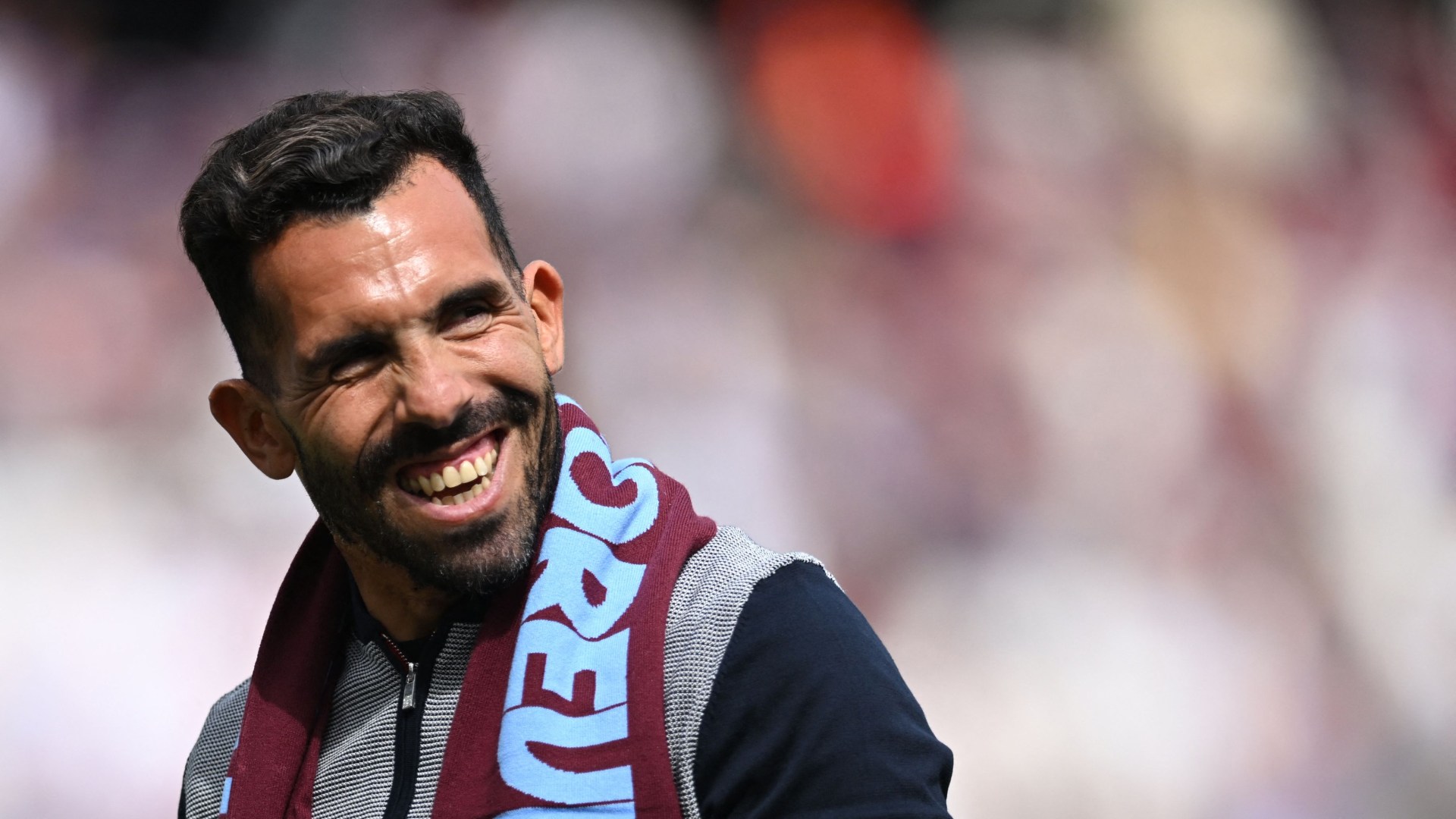 It has been bizarrely claimed that Carlos Tevez may be forced to pose as a ‘waterboy’ when he takes his first job in management at Rosario Central, due to his lack of coaching qualifications.

The former Manchester United, Man City and West Ham striker retired from playing in 2021 after losing his father to COVID-19, and is now set to step right into management.

Argentine Primera Division side Central have approved the signing of Tevez as head coach, with just the paperwork left to do, but some of it may be more difficult than others.

Reports in South America claim that due to the 38-year-old’s lack of coaching qualifications, he won’t strictly be allowed to manage the team.

Instead it has been suggested by an Argentine journalist that Carlos Retegui will officially take charge as head coach, with Tevez potentially signing on paper for a role as an ‘aguatero’ – the waterboy.

That would apparently be a repeat of a series of events that occurred last time an unqualified coach managed in the league, in order to get them in the dugout.

The scenario hasn’t deterred Central though, with vice-president Ricardo Carloni explaining why they’re happy to take the plunge.


Top players ‘would rather sign for Tottenham than Man United’, claims O’Hara

“When I met him, I saw that he has the flame of a winner,” Carloni said about Tevez, who will be joined by his three brothers on his coaching team.

“We talked about the club’s projects and he seemed very good to us.”

Argentine outlet Ole.com reports that after ending his playing career with Boca Juniors in 2021, Tevez returned to Europe to learn from high profile coaches.

In Italy, where he played with Juventus, he met manager Massimiliano Allegri, and Inter Milan’s Javier Zanetti and Simeone Inzaghi.

He also met AC Milan’s Paolo Maldini and Stefano Pioli, as well as returning to West Ham where he was paraded on the pitch ahead of a game against Burnley in April.

Explaining his philosophy ahead of the start of his coaching career, Tevez said: “I am going to be a coach, I made the decision that I am going to direct.

“I am working with Chapa Retegui. I have a project that we have been working on with my brothers for several months.

“I am excited, I am very hooked. That is why I made the decision. I have the same tingling as when I played.

“I think I can help many of the boys to integrate them into football. They ‘re going to listen to me because I have a way of seeing life, that’s the most important thing, I can give them tools on and off the pitch.”

Tevez is expected to name his three brothers, Diego, Miguel and Ariel, as part of his coaching team, and may well be in the dugout for Central’s next fixture against Velez Sarsfield on Monday 20.

We’ll have to wait and see whether he’ll actually be calling the shots in the dugout, or manning the water bottles…