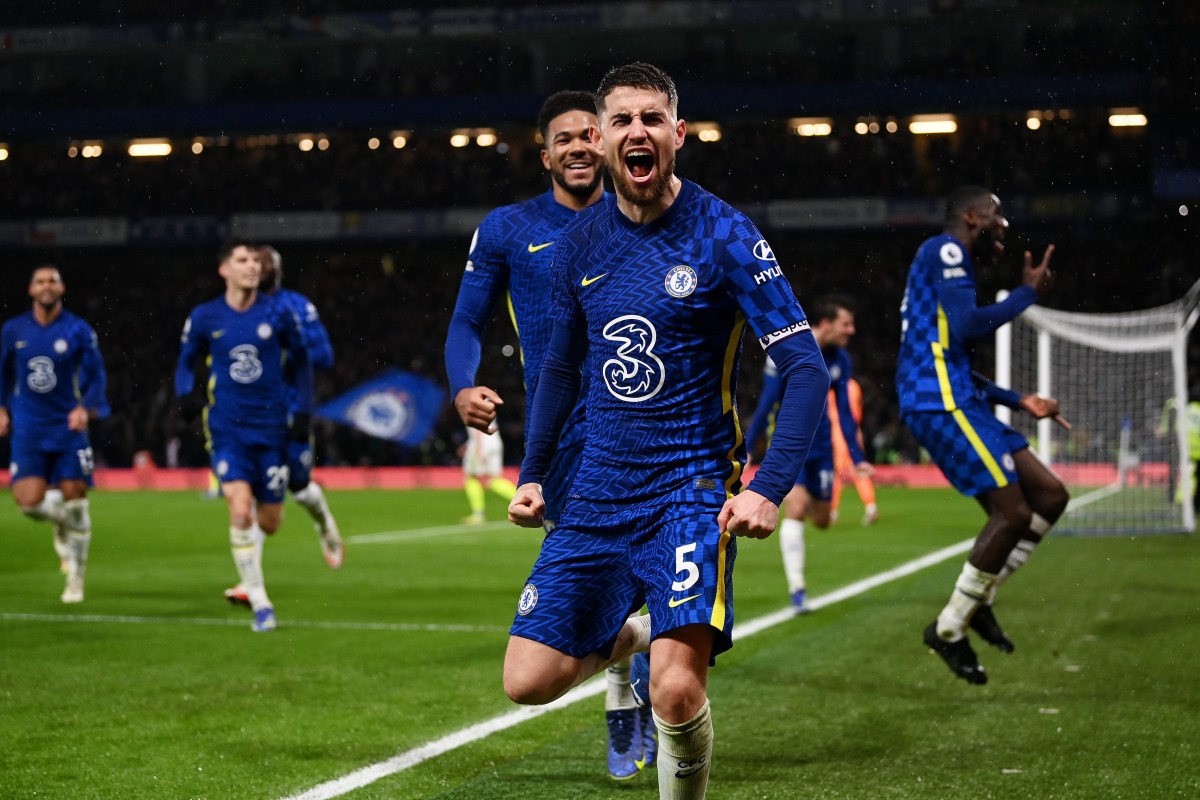 A last-gasp penalty from Jorginho saw Chelsea snatch all three points in a dramatic 3-2 victory over Leeds at Stamford Bridge.

The Italian netted twice from the spot, with his second coming in the fourth minute of injury time, as the Blues grabbed a priceless late victory.

A famous rivalry, back in the day, fans were reminded of the passion this fixture used to inspire during a rowdy affair.

Both sets of players even clashed at full-time in a throwback to the days of Don Revie and Tommy Docherty.

Leeds thought they grabbed a 2-2 draw when Joe Gelhardt grabbed his first Whites goal within moments after coming off the bench to send the away fans wild.

They had earlier been hushed by Mason Mason, who cancelled out Raphinha’s opener from the spot.

And the Leeds winger went from hero to zero by conceding a VAR-awarded penalty for a clumsy tackle on Antonio Rudiger – which was converted by Jorginho with similar ease.

But the exact same combination, Rudiger fouled and Jorginho penalty, would occur in injury time after a sloppy challenge from Mateusz Klich.