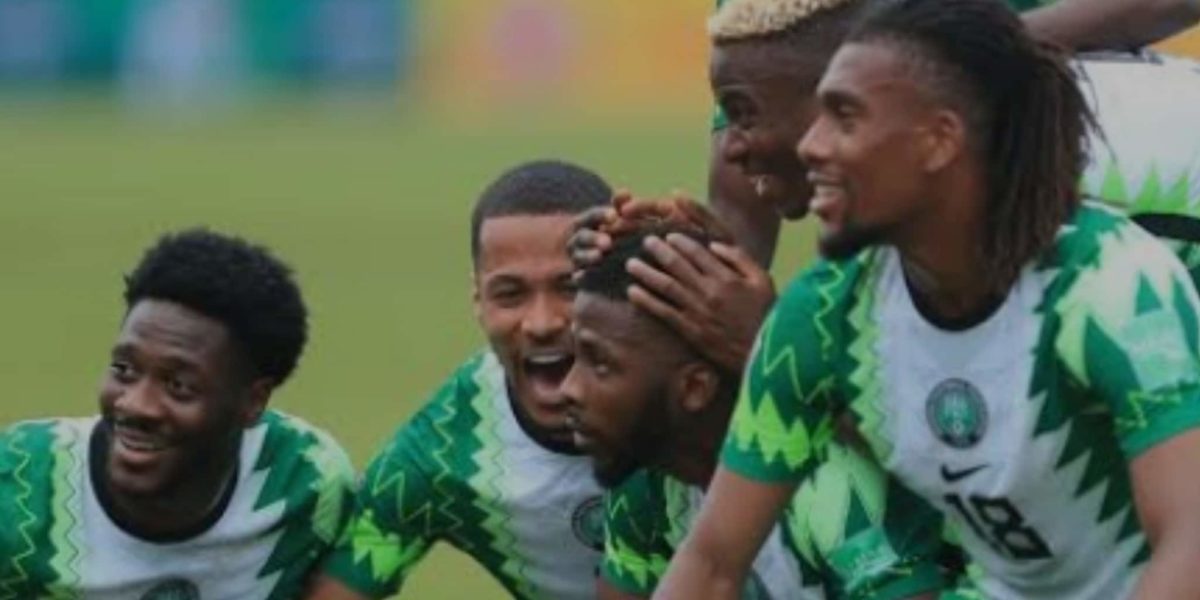 A crucial clash with Cape Verde would decide which team would advance to the final rounds of World Cup qualification. Cape Verde would need a blowout to advance past Nigeria. The odds were tilted to the Super Eagles.

Right out the gate in the first minute, Nantes left-winger Moses Simon lofted a cross to a crowd of players. However, the ball was misplayed by a Cape Verde player, leaving Napoli superstar Victor Osimhen and Cape Verde stopper Vozinha in a one-on-one situation. Predictably, Osimhen scored to put the Super Eagles up by one.

Cape Verde retaliated almost immediately in the sixth minute. Oostende midfielder Kenny Rocha Santos took a corner, sending the ball towards Fehervar left-back Stopira. Amazingly, Stopira forced his way through a compact Super Eagles defence to score the goal. His strike evened the game out for the Blue Sharks.

Joe Aribo, a Rangers midfielder, forced an excellent save out of Vozinha later on. Odion Ighalo almost found the net but sent his header over the crossbar. Multiple attempts forced Vozinha to make world-class saves, preventing the Nigerians from finding the net in the first half.

Throughout the second half, the Super Eagles played a little more conservatively. They did not create as many big chances, and they played to preserve a draw. Although the Blue Sharks remained motivated, they just were not able to beat an organized Super Eagles side.

Nigeria and Cape Verde drew, but their sharing of points meant that the latter would walk away in defeat. Nigeria would move closer to Qatar with the stalemate

Although Ighalo made his way into a competitive Super Eagles lineup, he did not do much. Ighalo’s highlight was his contested header in the first half. However, the ball barely posed a challenge to incredible Vozinha. Ighalo will return to Saudi Arabia in hopes of helping his side qualify to Asian continental competitions.

Osimhen is still on fire. His score helped the Super Eagles get closer to Qatar. His positioning is world-class, he is a strong finisher, and he is only 22. Osimhen and 24-year-old Leicester defensive midfielder Wilfred Ndidi will be the future of the Super Eagles.

Before the games against Liberia and Cape Verde, Maduka Okoye signed for Watford. Sparta Rotterdam, Okoye’s current club received a club-record fee to ship him to Vicarage Road. He’ll spar with ageing keeper Ben Foster and Danish stopper Daniel Bachmann for minutes. Being in the Premier League will help the Super Eagles overall and will strengthen their lineups.

Luckily for Gernot Rohr, the NFF’s omission of in-form Berlin striker Taiwo Awoniyi didn’t burn them. Although he scored seven goals in eleven Bundesliga games, his impressive performances didn’t earn him a call-up in November.

Should the Super Eagles be happy with the draw? Sure, it got them closer to Qatar, but a victory might have been more realistic of their efforts instead of a draw. The Super Eagles will need to dominate games like this to keep up with nations like Senegal, Algeria, Morocco, and Tunisia.

Nigeria didn’t do well in the FIFA rankings, staying 36th behind Australia. A good showing at AFCON could change that.

What Is Next For The Super Eagles?

Unfortunately, the Super Eagles will be out of action until their January clash against Egypt in AFCON. The December break will let prospects build their case for a call-up.

The Super Eagles will see their next World Cup qualification matches announced soon. The dates and the time of the draw are unknown, but plans have been made to start it on December 18. They’ll hope to move closer to Qatar with a pair of good showings in the home-and-away ties.