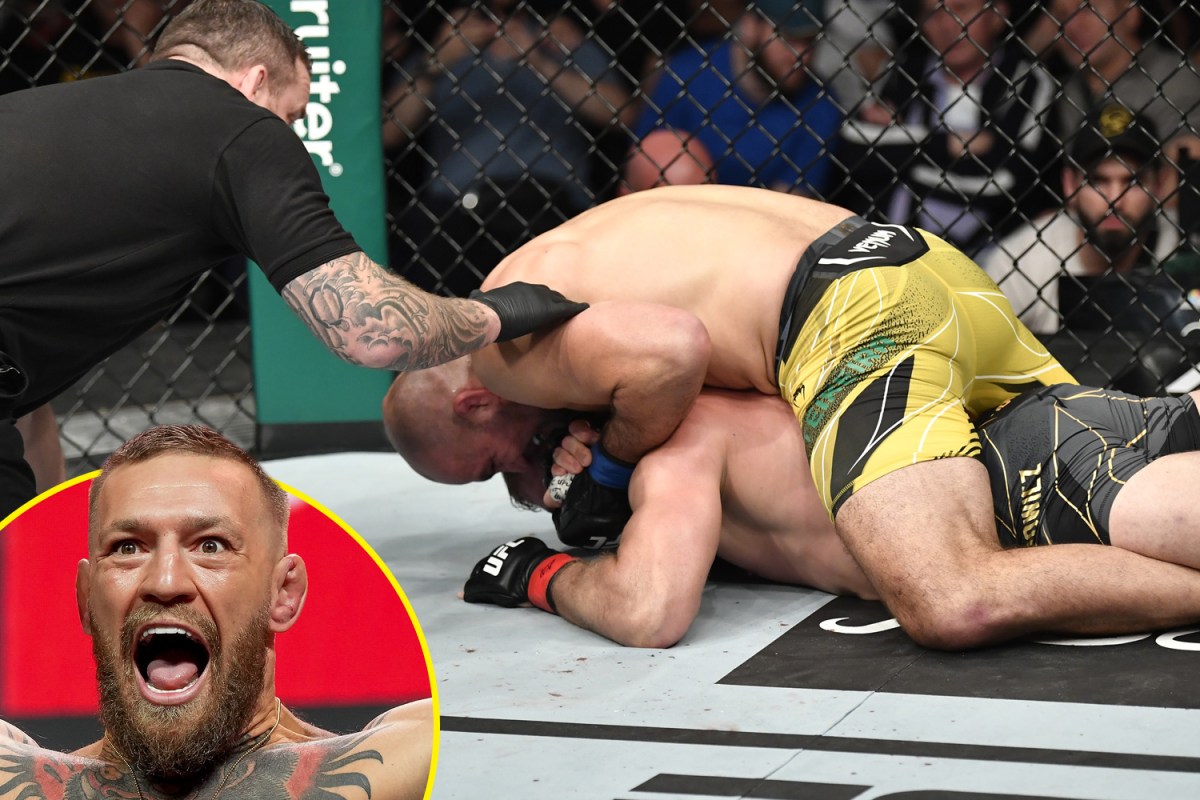 Glover Teixeira became the second oldest champion in UFC history at UFC 267 when he tapped out Jan Blachowicz to secure the light-heavyweight title.

The 42-year-old locked in the rear-naked choke on Blachowicz in the second round and managed to win his first-ever world title seven years after he last challenged for the same belt against Jon Jones.

The first-ever UFC double champion Conor McGregor was amazed by Teixeira’s accomplishment and called it ‘proper motivation’ for him.

“Just incredible! What a sport!”

Teixiera made his intentions clear from the get-go in the UFC 267 main event as he scored a huge takedown just 40 seconds into the action.

Blachowicz was letting his hands go and trying to keep the Brazilian at bay, but Teixeira was hellbent on getting Polish Power down to the ground and going to work.

Teixiera won an extra $50,000 for Performance of the Night. He finally became champion in his 40th professional fight, 21 years after his debut.

“It feels so amazing,” Teixeira told reporters following his win in Abu Dhabi. “(I’m) so happy. This is what I dreamed for 20 years. Twenty years on the road, ups and downs, I wanted to get this belt. I wanted to be a champion. There was a time there that I thought I would never be a champion, but I love it.

“I keep believing. I discipline myself the way I have to do it, and now I won this baby.”

McGregor was inspired by Teixeira’s achievement and the Irishman is a man who could do with some motivation.

A terrible 2021 for McGregor saw him lose to Dustin Poirier twice while suffering a broken leg in the second fight. Now The Notorious is about to return to training as he prepares for his return to the octagon but the box office sensation has work to do to rediscover his deadly touch.

McGregor has only been victorious once in the past four fights in the UFC due to a mixture of inactivity and a boxing sabbatical. McGregor only has one win since becoming double champion in 2016.