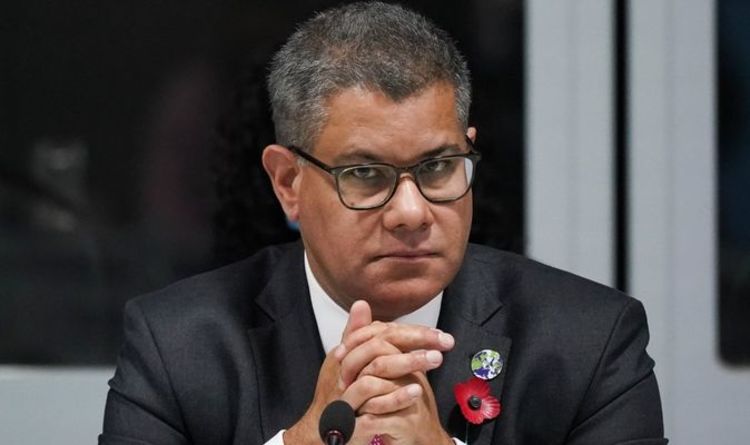 The Glasgow climate pact voted on Saturday by the almost 200 countries represented at the summit took a dramatic turn when India asked for an amendment of the global target regarding coal power. The draft included a pledge to accelerate the “phase-out” of coal power, known as the world’s strongest driver of climate change.

However, a last-minute intervention from China and India forced a change of words from “phase-out” to “phase-down.”

The change means that the objective of ending the use of coal altogether is no longer set in stone within the agreement.

“I apologise for the way this process has unfolded,” said a tearful Alok Sharma to the audience before he banged down the gavel on the pact.

“I am deeply sorry.”

The agreement still includes a pledge to attempt to limit global warming to 1.5C above pre-industrial levels.

But Mr Sharma said the 1.5C target’s pulse “is weak” and described it as “a fragile win.”

Although the pledge was diluted, scientists have praised the steps towards a more sustainable world.

Professor Piers Forster of Leeds University said in a statement: “The Glasgow climate pact is not perfect but it is a good progression and strengthens the Paris agreement.

The UN secretary-general António Guterres congratulated the agreement but singled out that it was not enough.

He said it was “time to go into emergency mode.”

“We are in the fight of our lives.”