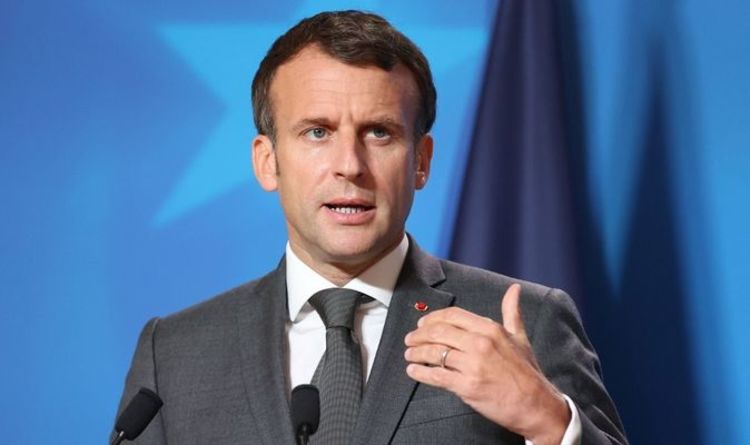 Despite official figures confirming that 69 percent of its population is fully vaccinated, France will have to tackle a new wave of Covid infections in the coming weeks, according to Jean-François Delfraissy, the president of the French Scientific Council. On Wednesday morning, the physician was interviewed on France Inter and asked to explain why the vaccine does not seem to be enough to prevent another wave of infections.

The scientist warned: “The forecasts show that hospitalisations per day will increase to 1,000, 1,200, 1,400 at the beginning of December.”

He said the fifth wave had been here since mid-October.

“This is not a failure of vaccines,” he warned.

“We have to remember that it is extraordinary that we found those vaccines so quickly.

“They do have a high level of protection from severe cases of COVID-19.

“However, they lose some of their effectiveness within five to six months as this has been proved among our oldest and immunocompromised patients.

“Hence why a booster jab is necessary.

“We also know that these different vaccines don’t protect that much from infection and transmission.

He also said the third jab campaign should be accelerated especially for people who aren’t elderly but who have aggravating illnesses like obesity.

Eventually, the president of the French Scientific Council has said he is an advocate for the controversial “health pass.”

France has made it obligatory to show a passe sanitaire (health pass) – proving that you are vaccinated or have tested negative for Covid – for access to a large variety of public spaces including venues for more than 50 people, long-distance transport, restaurants, cafés and terraces.

The pass could be compulsory until July 2022.

Delfraissy doesn’t rule out a yearly shot of vaccine should COVID-19 become endemic.