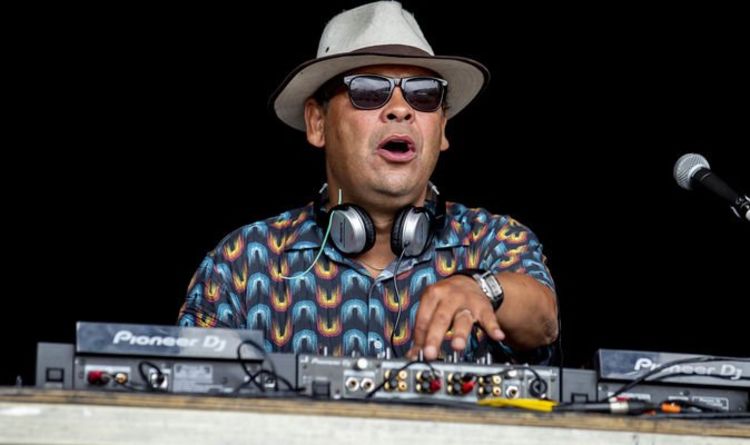 Five minutes later he rings again, apologising. “I’ve been up all-night signing albums. And my wife’s away with the kids, so I’m here on my own. She’s in Crete, they’ve just had an earthquake and she was trying to ring me too but my phone had died…” Comic anarchy seems to accompany the fast-talking Scouse star everywhere. On Coronation Street, where he played laddish Liverpudlian cabbie Lloyd Mullaney, Craig and actor pal Simon “Steve McDonald” Gregson regularly fell foul of the producers for improvising dialogue.

“Every few months, we’d get called into the office and told, ‘Can you stop using the script as a template!?!’,” he recalls. “Because we used to just start riffing, saying things like ‘Do you think Batman would beat Superman in a fight?’, like two mates talking in the pub.

“We were an oasis of humour. The crew would be in fits but the bosses would say, ‘We pay the writers a fortune!’…”

He laughs loudly, sounding, as someone once memorably said, like a Scouse Muttley.

Craig also caused chaos when he played space slob David Lister on Red Dwarf. The first series of the enduringly popular sci-fi comedy was filmed in Manchester in 1988, in the halcyon days of the Hacienda nightclub.

“We’d go to the Hacienda until 5 o’clock in the morning and get back to the hotel just as Robert Llewellyn was going into make-up,” he says. “It took five hours to turn him into Kryten. I felt sorry for him.

“We had the whole second floor of the Moathouse hotel. We spent a fortune in there, but they wouldn’t let us stay there for the second series because we’d bring half the club back every morning to carry on the party. They said it wasn’t worth the hassle.”

Now an established funk DJ, Craig has a new 6 Music show drawing on top-drawer black talent from sixties soul on. “It’s a giant toybox to play with. The old guys still tour. I did shows with Candi Staton and Martha Reeves, and also Niles Rodgers, John Terrell…great modern legends…it’s not a history lesson, my show, it’s still a live genre.

“My audience used to be people of a certain age in Ben Shermans, now it’s 21 and 22year-olds.”

Craig’s new Trunk Of Funk album includes “tracks that should have been bigger hits than they were,” he says. “So much stuff goes under the radar. There’s some Northern Soul, and some special mixes that were done have for me. I’m proud of it.”

Volume one reached 15 in the album charts, in between Sony’s Christmas album and Frozen II. “It would have done better but we ran out of vinyl…”

Craig, 57, grew up on Liverpool’s old tough Cantril Farm estate, the third of four sons born to an Irish mother and a Guyanese father. Dad Joe, a former merchant seaman, worked as a bus driver and then a lorry driver. “He never let the truth get in the way of a good story,” says Charles. “He was a great raconteur.” Mum Jo died at 46.

They were the estate’s only mixed-race family. “I was a bit of an outsider,” he says. “But I made good friends at school, mostly middle-class kids, hippies in duffle coats who listened to Rush.

“I grew up in the time of the National Front and Rock Against Racism. England was more splintered then. It wasn’t like the sixties when you were a mod or a rocker. I had to avoid a lot of the tribes.”

Craig’s adolescent passions were Liverpool FC and rock – “Led Zeppelin, Black Sabbath, Tangerine Dream, Thin Lizzy, Hawkwind. Dad was into blues so he’d tell me who Jimmy Page had nicked his riffs from.

“Then punk and funk happened. I heard One Nation Under A Groove by Funkadelic in 78 and my life changed. I loved Parliament, a brilliant, crazy funk collective who played like a rock band…”

Young Craig also enjoyed words, winning a national poetry competition at 12. Four years later he was opening for The Teardrop Explodes. “I did my first Peel session at 17. I wouldn’t say I was precocious but I shot out of the barrel quite swiftly and kept on running.”

John Cooper Clarke was an early influence and he recalls ranting poets like the late Seething Wells with affection. Comedy was a logical development. “In the late 80s, I kept getting commissioned to write poetry for TV programmes, they wanted me to be the new Pam Ayres!

“I preferred the angry young man stuff, so I tried splitting my live set into chunks – stand-up, serious poetry, stand-up again. But it was a challenge to make the audience laugh after the serious stuff.”

After early TV appearances on BBC2’s Riverside and Black On Black, in 1985 Charles became resident poet on Wogan, “writing ditties about the weekly news every Friday”. Then came Saturday Night, followed by Red Dwarf, where lowly technician Lister awakes from suspended animation to learn he’s the last human left alive…

The show made him a cult star in the USA. “We toured America a few times, doing Red Dwarf conventions. People came in their thousands.”

Here he gets recognised a lot; “either for Robot Wars, Red Dwarf, Corrie or The Gadget Show…they’re all lovely. I’ve been on TV for five decades.”

He met Jackie, his second wife, while filming Linda La Plante’s The Governor, a TV series about a female prison governor, in the mid-90s. “I played Eugene, a villain who escaped and shot the governor, thereby ensuring no third series…Jackie was writing for the Irish Independent.”

They have two grown up daughters and live in Cheshire. “It’s footballer territory,” he says. “The guys in Lamborghinis and Maseratis, the women in powder blue Bentleys; we’re the poor relations…”

He has a grown-up son from his first marriage to actress Cathy Tyson.

Craig admits he’s become “an armchair football fan. Sky and BT cover it so well, I love the debate, the analysis…I work so hard, it’d difficult to find the energy to go to the ground when I could be watching from the comfort of my leather covered couch with a glass of Rose and the fire on…I’ve chosen the fire.”

It’s harder to crack jokes about crack – the star was suspended from Corrie after pictures of him smoking the drug were published sixteen years ago. He joined Narcotics Anonymous to regain the trust of soap bosses and his family.

He quit the soap after his older brother Dean died from a heart attack in 2015. Craig has four stents in his heart after surviving an attack in 2018. He admits he still smokes and drinks too much. But he can’t stop working.

Last year he did ITV’s gruelling endurance challenge Don’t Rock The Boat – “thanks for the bad review, Garry,” he laughs.

His new TV quiz-show Moneybags starts soon on Channel 4. His UFO Conspiracies lands in January on Sky History – “UFOs definitely exist,” he assures me. “They’re real but we don’t know what they are. We have loads of footage and eye witness accounts from pilots.”

Craig is also determined to turn his Scary Fairy poems into a film. What drives him so?

“Fear that time is running out,” he says. “I grew up poor. I had nothing and I don’t ever want to go back to that.”

*The Craig Charles Trunk Of Funk Vol 2 is released on Thursday. Craig’s Radio 6 Music show is on weekdays, 1 – 4pm.