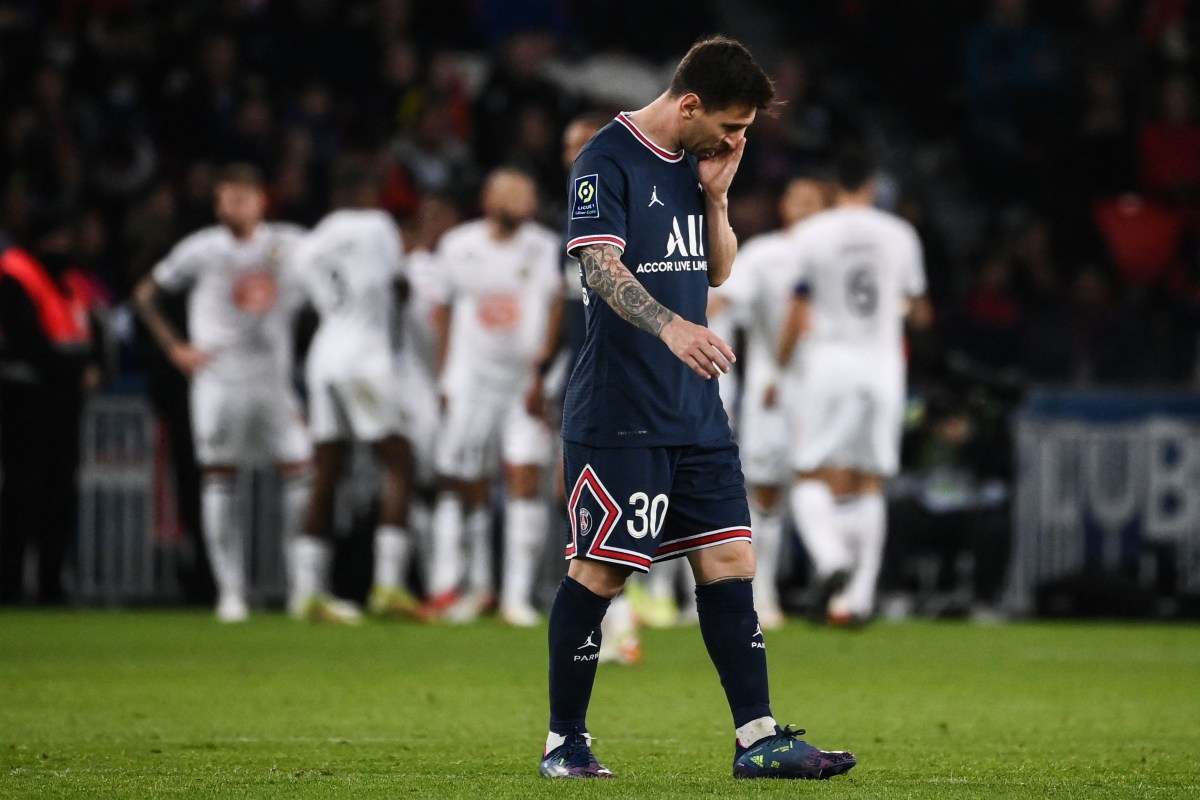 Having come in with such anticipation, many of the biggest transfers from the summer haven’t lived up to the expectation.

Jadon Sancho has looked a shadow of himself since signing for Manchester United has been placed on the bench whilst Lionel Messi hasn’t adapted to Ligue 1 and has been frequently injured.

Messi’s disappointing start will only be amplified due to his counterpart, Cristiano Ronaldo’s outstanding start to the season since returning to United.

The 36-year-old has been relentless so far and it’s a good thing too for the club because without his goals they would have had an even tougher start to the season.

With nine goals in 13 appearances and a player of the month award, Ronaldo has ensured that the Old Trafford faithful still have something to smile about.

Alongside the Argentine to have not lived up to the hype are his team mates Sergio Ramos and Gianluigi Donnarumma with the former still having not played a minute so far.

Saul had a nightmare debut for Chelsea and has only featured twice since both times coming off the bench against Malmo in the Champions League and against Newcastle United in the Premier League.

Sancho is yet to get off the mark for the Red Devils, and in their Manchester derby defeat, came off the bench again without making any impact.

Meanwhile, although he hasn’t fared as bad as the others, Jack Grealish is still yet to live up to his £100 million price tag after leaving Aston Villa for City.

The six-time Ballon d’Or winner looks further away than ever from making it number seven.

Since arriving into the French capital after leaving Barcelona upon the expiration of his contract, the mercurial Argentinian forward has been a shadow of the player he was in Spain.

Injuries have blighted him so far but given he was playing almost every minute for Barca in his final season, the nature of a new league is clearly something his physical state hasn’t been able to deal with.

With that said, when he has played for PSG this season, he has shown glimpses of his old self, in particular against City when he scored a sensational goal.

After arriving for £73 million from Borussia Dortmund, expectations were very high on the ex-City winger.

Unfortunately for everyone associated with the club, Sancho has been a shadow of the player he was in Germany.

For Dortmund, Sancho was everything that warranted his price tag, he was skilful, quick, produced quality assists and contributed to plenty of goals.

In his final season the 20-year-old nearly had a record of a goal contribution in every game, in total he achieved 36 goals and assists in 38 matches.

Given what he has won in his career and the experience he can bring to the club, Ramos and PSG will both be extremely disappointed that he hasn’t been able to offer anything on the pitch.

The multiple Champions League winning centre-back has made a grand total of zero appearances since signing for the Parisians as he continues to recover from injury.

Unfortunately for Ramos his situation at PSG could worsen as the club are rumoured to be considering terminating his contract despite having only just arrived at the club.

Another to have arrived from Spain and not live up to his reputation is Chelsea’s on loan midfielder Saul.

Having played a huge part in helping Atletico Madrid win the league title last season, the 26-year-old has not been able to continue that form for Thomas Tuchel’s side.

Many players have had bad debuts in the past and gone on to feature again, but for Saul it doesn’t look to be the case.

The central midfielder has only played five times so far for the Blues and according to reports could be sent back to Atletico in the January transfer window.

After being named the Player of the Tournament at Euro 2020, Donnarumma has failed to live up to the hype since leaving AC Milan for PSG.

The 6 ft 4 in 22-year-old goalkeeper came in with a massive reputation but similar to Messi and Ramos, hasn’t been able to settle in his new club.

Donnarumma has been in and out of the side for much of this season as he battles for the number one jersey with Keylor Navas.

However, when he has started, the Italian hasn’t been able to produce dominant performances and in the seven games he has started has conceded as many goals and only kept two clean sheets.

Arriving for £100m, a British transfer record, Grealish is yet to show Manchester City fans the reason why their club spent so much on him.

Whilst he has fared slightly better than others, his numbers aren’t exactly promising.

In 15 games so far this season, the former Aston Villa captain has managed five goal contributions.

What is perhaps the most damming fact is the impact he has made since leaving the club.

Against Liverpool for example, this season he was substituted after an hour and could not contribute to a goal or an assist. The season before, at Villa, he was the central figure in helping his side demolish the Reds 7-2 as he had a hand in five of the seven goals.