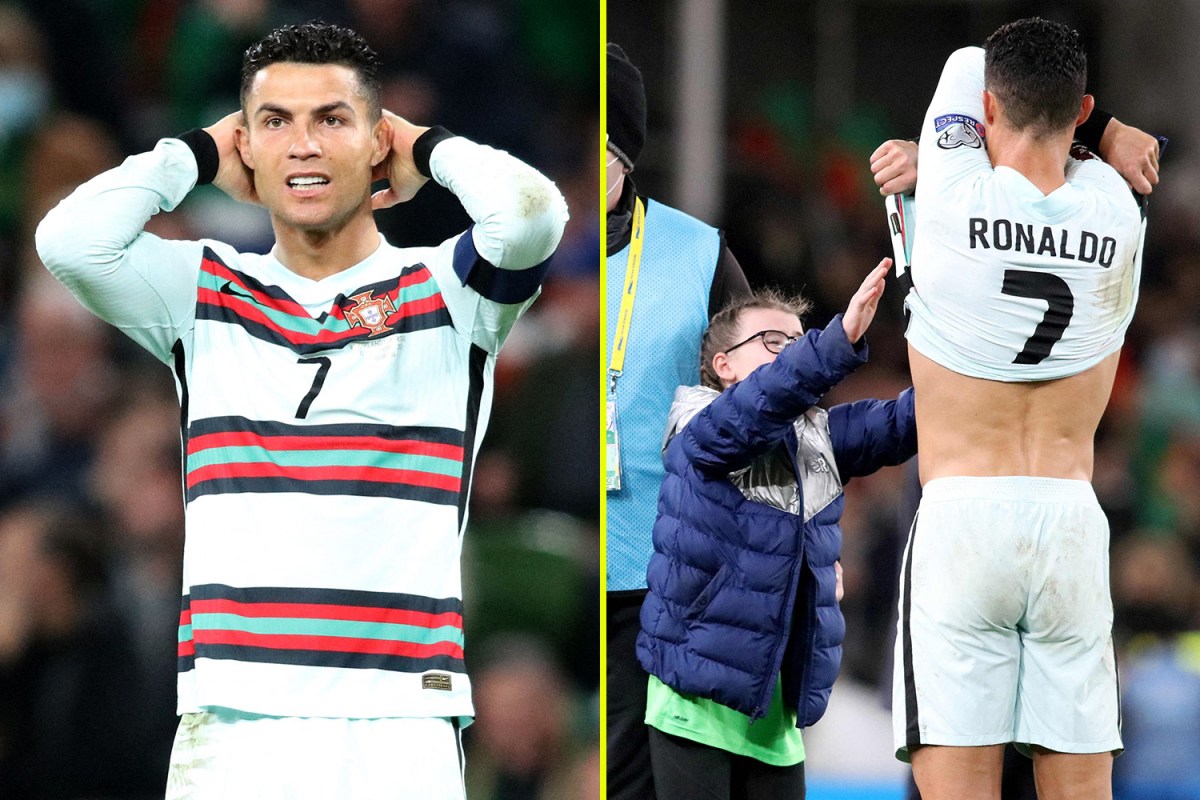 Cristiano Ronaldo delivered a classy gesture to a young pitch invader after Portugal’s 0-0 draw with Republic of Ireland on Thursday night.

At full-time, the Manchester United star was approached by a girl in an Ireland shirt, clearly desperate for a moment with the 36-year-old superstar.

Before she was escorted away by security, the Portugal captain gave her a hug and his shirt, instantly doubling his popularity among onlooking Irish fans in Dublin.

Ronaldo had made himself public enemy No. 1 following two late goals which denied the Boys in Green a famous victory in September, but there was to be no repeat of those heroics at the Aviva Stadium.

The iconic forward did have three chances to win the match, though. Many expected the net to bulge when a 67th minute header went agonisingly wide of the post.

Ronaldo threatened the other side of the goal with a fierce effort from the edge of the box, before being denied by Gavin Bazunu deep into stoppage time.

But the hosts were good value for the draw, which also saw Pepe sent off, and Portugal will be without their veteran defender for the crunch tie with Serbia on Sunday.

Anything other than defeat will secure World Cup qualification for Portugal, who are now level on points with the Serbs but ahead on goal difference.