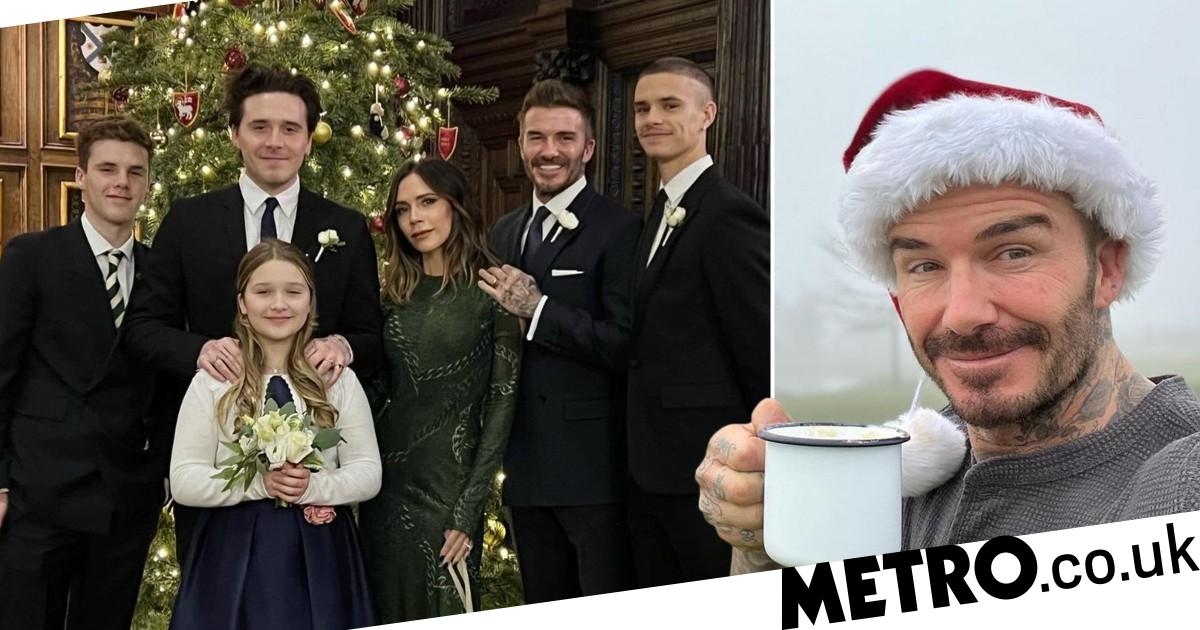 David Beckham left fans baffled with his sweet Christmas post, as he could be seen tiptoeing for the portrait.

The former Manchester United footballer, 46, posed for a festive photoshoot with wife Victoria and their four children – Brooklyn, Romeo, Cruz and Harper.

They could be seen gathered in front of a luxury Christmas tree, decked out in their finest, as you do.

However, eagle-eyed followers couldn’t help but notice that the England ace was actually standing on tip toes as he cosied up to Victoria, and beside Romeo.

Flocking to the comments section below, an Instagram user wrote: ‘Love the family photo, AND the tip toes. Cheers!’

‘David on his tip toes,’ another laughed as a follower replied: ‘@davidbeckham I see that tip toe action bud.’

‘On tippy toes Papa,’ one wrote beside a string of cry laughing emoji.

A fan questioned: ‘Is @davidbeckham standing on his tippy toes?!?!?’

‘Does anyone else notice that @davidbeckham has to go on his tippy toes to match the height of his boys?,’ a follower added.

It’s safe to say the Beckhams get very into their Christmas Day festivities, with the family going all out for the holidays.

Earlier this week, the former Spice Girl gave us a glimpse into their preparations, showing the moment David decided to roast chestnuts in their fireplace, while belting out Nat King Cole’s iconic hit.

If that wasn’t enough, he was also donning a Santa hat while getting to grips with the fire.

Unable to keep the video to herself, Victoria gave us all an early Christmas present as she posted the footage on Instagram.

She captioned the brief clip: ‘Does anyone love Christmas as much as my husband?!? @davidbeckham kisses @adele #burninghisnuts.’


MORE : Pointless presenter Richard Osman opens up about his food addiction: ‘It will be with me for the rest of my life’


MORE : Strictly’s AJ Odudu doesn’t let foot injury slow her down as she dons festive boot for Christmas with the family