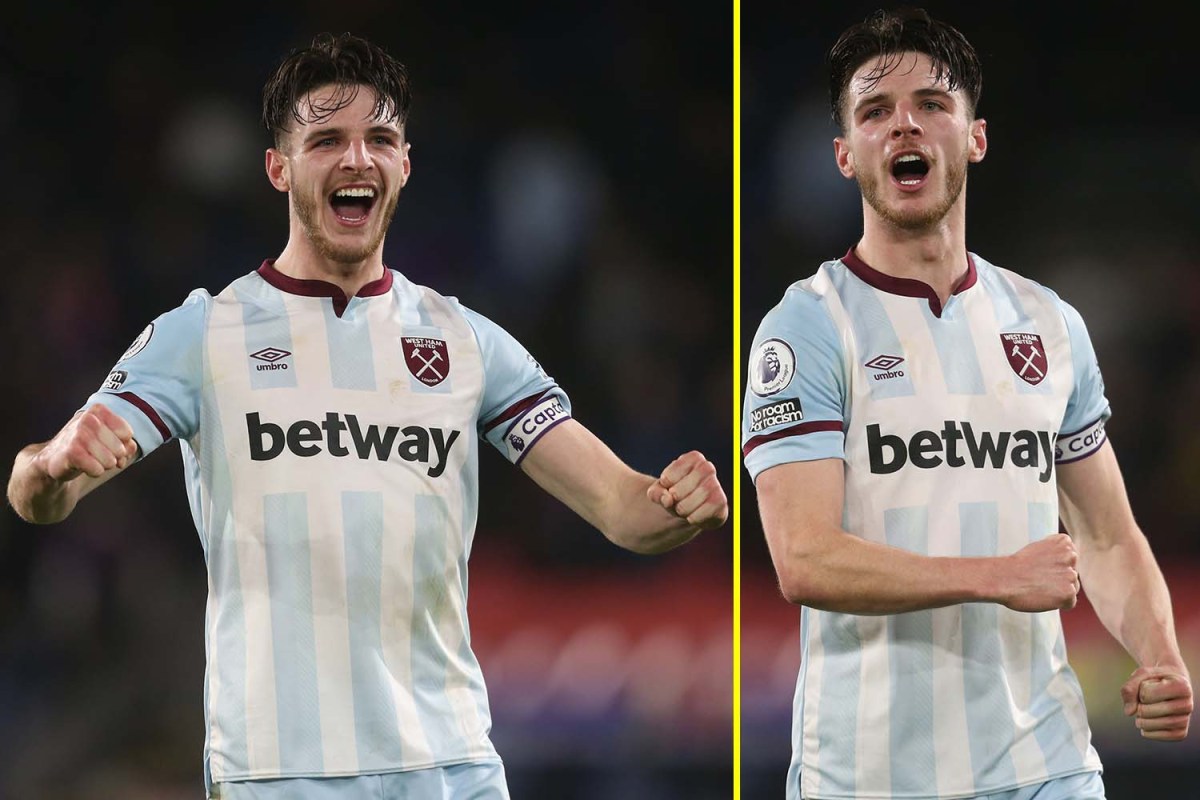 Declan Rice has received huge praise upon making his 150th Premier League appearance for West Ham, but his club have been warned their star man could leave in the summer.

The 22-year-old became the youngest player to reach the 150 game milestone for West Ham in a 3-2 win over Crystal Palace, putting in a fine display as he assisted a Manuel Lanzini wonder goal.

An England regular who played all seven games during the Three Lions’ run to the Euro 2020 final, Rice is on the radar of many of the league’s top clubs.

Strong links to Chelsea and Manchester United intensified over the summer with fees as high as £100million mooted by manager David Moyes, but Rice stayed put.

The all-round midfielder has been integral in the Hammers’ fine start to the season, even deputising with the captain’s armband as Mark Noble has become a bit-part substitute.

talkSPORT host Tony Cascarino had high praise for the midfielder, who has stuck to his work on the pitch even as transfer speculation has increased.

He said: “Declan Rice has played every game as if it’s his first and I think that’s admirable for someone so young to want to be as good as he can be and West Ham fans will tell you Declan drives that team.

“I think that’s a big stand out, we always know that players can have their heads turned, they can be off and agents get involved – it’s never been that with Declan.

“It’s all been about his performances, he’s been on the back pages for his performances, not on the front pages with problems off the field or ‘I want to leave’ it’s never been that with Declan and I think that is really refreshing.”

Moyes was asked about the midfielder’s future ahead of the win over Palace, but his answer was calm and confident.

“Declan’s under a long contract here, under a long length of contract,” Moyes said. “So from that point of view we’ve not got a big panic on.

“We will keep Declan as long as we possibly can, we’ve no intentions of selling him. If we ever had to, I’ve said already many, many times what it would be – a shot to the moon.”

However, talkSPORT host Gabby Agbonlahor isn’t sure Moyes should be so confident, with a move this summer the most likely outcome.

“If West Ham can’t offer him that football it’s going to be a matter of time.

“The likes of Kalvin Phillips and Declan Rice are starters for England, they’re going to want to be playing in the top competitions

“I don’t see Declan Rice signing a new deal and I feel like I think in the summer they’ll have to sell him unless they get top four.”

Moyes, though, continues to hype up his star midfielder, saying there’s not really anyone comparable currently playing the game.

“There’s not many better,” Moyes said. “I think if you break Declan down, you might say well okay, I want you to become even better in your passing.

“But then if you looked at the other side of the game, Declan’s as good as anybody I know at recovering the ball, his speed round the pitch.

“I can’t really off the top of my head think of many other midfield players like Declan in that mould really.”