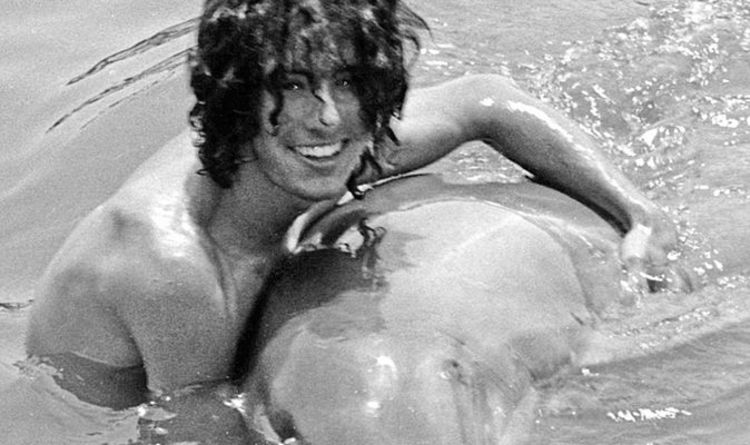 Malcom Brenner, from Florida, opened up about his sexual relationship with the mammal saying she “came on” to him. Mr Brenner met the dolphin named Dolly during the 1970s.

The finned animal was based at her water park home in Sarasota, Florida, where the affair took place.

Mr Brenner said: “There’s something quite transcendental about making love with a dolphin.

He added: “I called it a relationship because that’s what it was”.

Speaking to the Mirror, Mr Brenner explained that the mammal had wooed him by “positioning herself so I was rubbing against her”.

Brenner was actually Dolly’s photographer, where he was given access to all areas in her home.

But Mr Brenner has defended his actions, saying it was the dolphin who “came on” to him during his time in her home.

The photographer had initially rejected the dolphin, he claims, but was eventually “seduced” in the end, leading to a six-month long affair.

Despite the presence of a male dolphin in the facility, the ‘couple’ managed to “evade” the other mammal for some time together.

This is not the first time where Mr Brenner has had some form of sexual encounter with an animal.

He told KIIS FM that during his teenage years, Mr Brenner attempted to have sex with the family’s dog.

Mr Brenner released a book in 2010, with the story centred around Zachary Zimmerman, a liberal arts student, who was photographing a dolphin show in Florida.

This book is said to be somewhat of an autobiography by Mr Brenner about his experience with Dolly.

In Mr Brenner’s book, the main character, Zachary is drawn to “Ruby,” a dolphin in the show, who “slowly edges her way inside Zack’s slightly foggy mind, drawing him deeper and deeper into her wet, wild realm of sensual abandon”.