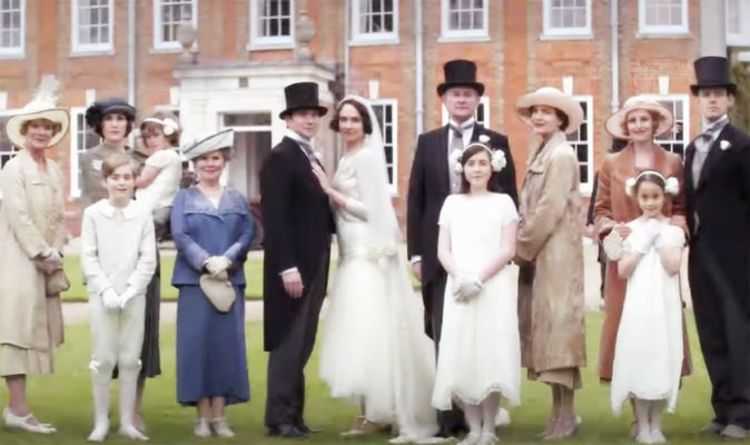 Following the incredibly successful TV series’ conclusion, Julian Fellowes penned a Downton Abbey movie in 2019, which acted as a continuation of where the period drama left off. The film was set in 1927 with the main focus of the plot seeing King George V and Queen Mary come and stay at the stately home during their royal tour of Yorkshire. Downton Abbey: The Motion Picture ended with a huge cliffhanger as Maggie Smith’s Dowager shared with Lady Mary that she was dying.

The first trailer is already out and Smith’s Lady Violet is in fact still alive but holds a secret that she shares with the rest of the Crawley family.

In Downton Abbey 2’s trailer, the Dowager tells her family: “Years ago before you were born, I met a man. And now I’ve come into possession of a villa in the south of France.”

By the looks of things, Upstairs and Downstairs will be heading across the English Channel to spend some there.

And in one clip we see Carson the Butler discovering a miniature portrait of Lady Violet in her youth.

Could this house in France have been left to her by an old flame? Did the Dowager once have an affair? Fans will have to wait and see.

But joining the regulars will be newcomers in Hugh Dancy, Laura Haddock, Nathalie Baye, Dominic West, and Jonathan Zaccaï.

Fellowes also has a new period drama in The Gilded Age, set in 1880s New York.

The TV series is ready to debut on Sky Atlantic from January 25, 2022, and presumably on streaming service NOW afterwards.