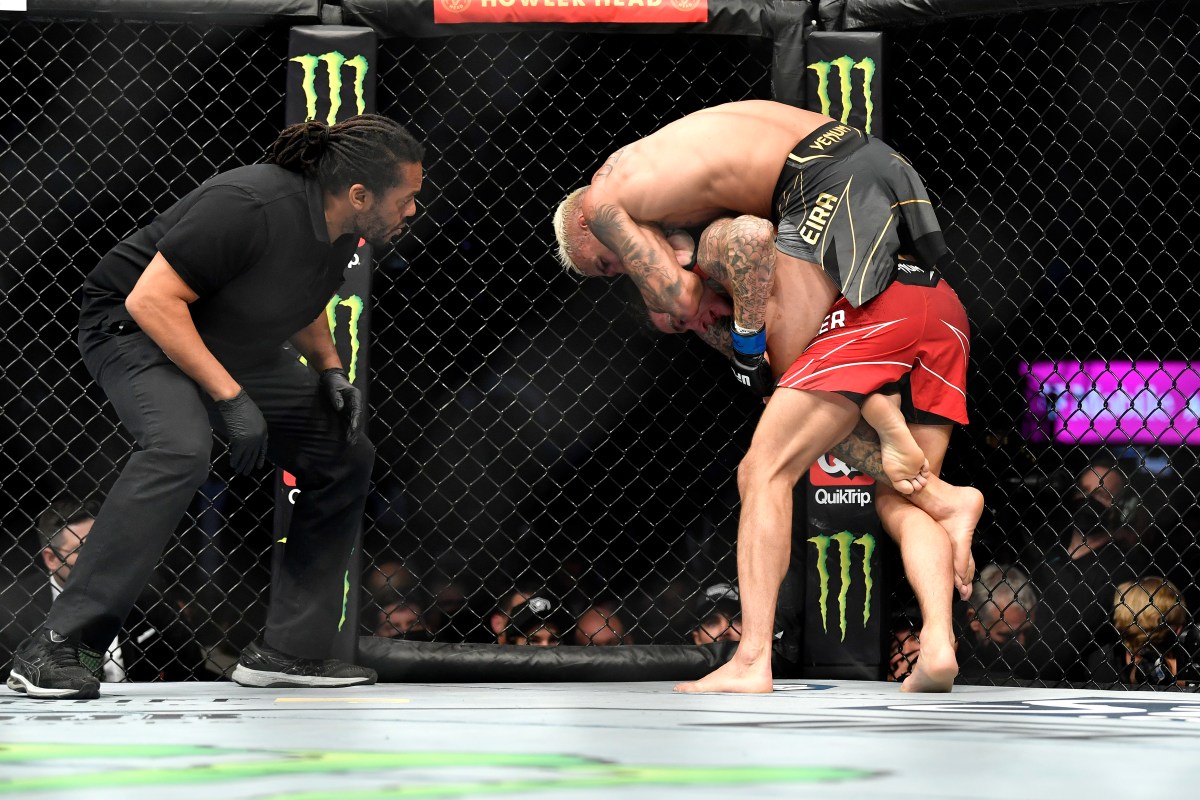 Dustin Poirier wasn’t able to cap off a fairytale year with the UFC lightweight title after Charles Oliveira submitted him in the third round of the UFC 269 main event.

The champion came into this fight as the underdog given Poirier’s successes against Conor McGregor this year and after the first round – the same round in which he struggled against Michael Chandler before winning the belt – it looks like it might be Poirier’s night.

The first round cut a blistering pace with Poirier looking like the more dangerous fighter.

The Diamond put Oliveira down on a couple of occasions with some powerful hooks, but he was eating front kicks for his troubles at a fairly alarming rate. Poirier’s power looked like it was going to tell, but the fight changed in the second round.

Once Oliveira got Poirier to the ground, ever the dangerous technician, the Brazilian went to work and basically swamped Poirier for the entire second round.

Poirier didn’t want to give up his back and decided to stay in full guard, but that gave a dominant round to Oliveira who rained down some nasty elbows in the process.

The third round had barely got going when Oliviera climbed on Poirier’s back and almost immediately, the American looked in trouble.

Despite Poirier’s best efforts to evade, Oliveira climbed his opponent’s back to lock in the rear-naked choke and Poirier had no choice but to tap.

Justin Gaethje will now be next for Oliveira following his victory over Chandler last month. Islam Makhachev is lurking in the title picture too and if he can win another bout, he’ll likely get the winner.

In the past 12 months, Oliveria has dominated Tony Ferguson and stopped both Chandler and Poirier. Quite an incredible year by all accounts.

For Poirier, the McGregor fight is still there for him next summer when the Irishman returns from the broken leg that robbed us of a true end to their trilogy.