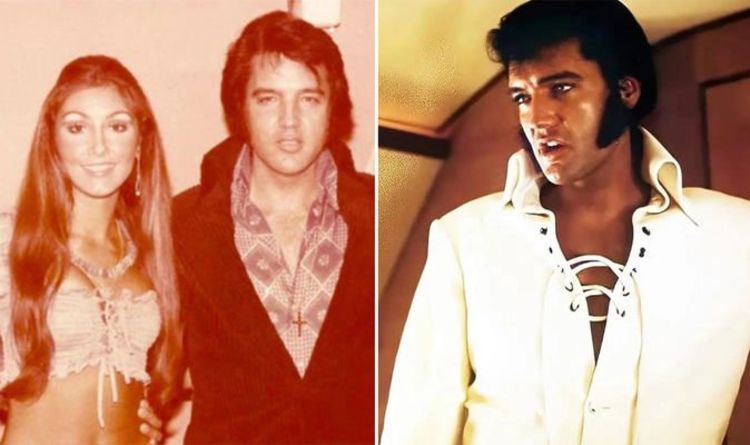 When not touring, Elvis Presley liked to have a lot of fun, treating Graceland like his very own playground. But The King also enjoyed his vacations in places like his beloved Hawaii and even skiing in Colorado. Now in a new Instagram post, his ex-girlfriend Linda Thompson, who he dated from 1972-1976 has shared some hilarious stories and a picture of herself with Elvis just over 18 months before his untimely death.

Linda shared a picture of herself and Elvis in ski jackets with her arm resting on his shoulder while on vacation in Colorado.

While The King himself is seen sitting down in front of some beer cans while wearing his ski goggles.

His ex-girlfriend captioned the post: “Throwback Thursday to January 1976 and a ‘play in the snow’ visit to Vail Colorado with Elvis & his entourage.

In his book The King and Dr Nick, he remembered: “Finally we arrived at the hospital. I pulled out my Blue Cross Blue Shield insurance card with Elvis Presley Enterprises printed on it and handed it to the busy receptionist.

|She must have thought she was being cute, ’cause she smirked back, ‘Yeah. So where’s Elvis?’

“Still wearing his ski mask, Elvis looked all around, left and right, up and down; then he answered mischievously, ‘He’s here … somewhere.’”

The receptionist then shot back, “And who are you?” to which Elvis replied, “The Lone Ranger.” But she’d already gone back to her paperwork, paying no attention to the disguised star.