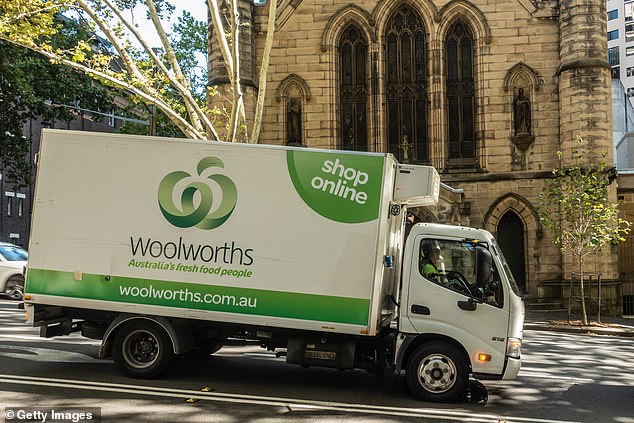 Australian officials are frantically scouring the world for a key chemical needed for diesel truck engines to start – as a minister admits the country only has five weeks’ supply left.

Stockpiles of additive urea, a main ingredient of AdBlue, are running low globally after China this year banned exports in a bid to contain fertiliser prices – a key component of food production.

Modern diesel engines powering trucks, utes and four-wheel drives won’t start unless AdBlue has been added to the exhaust system to reduce the levels of nitric oxide pollution.

With half of Australia’s trucks having a diesel engine, that means many goods may not reach supermarket shelves this Christmas as many family cars are forced off the road.

Now Energy Minister Angus Taylor has admitted Australia’s existing supplies were likely to run out by the middle of January and has appointed a former Donald Trump adviser to help devise a solution.

Service stations are now running low on stock and are banning customers from panic buying more AdBlue than they need.

Mr Taylor’s office released a statement late on Thursday night revealing Australia had 15million litres left of AdBlue in storage ‘which is equivalent to close to five weeks of business-as-usual demand’.

The product, injected into the exhaust system, is used in diesel cars along with civil construction and farming machinery

Shipments en route to Australia would provide another ‘two weeks of additional supply to the market.’

‘Global supply pressures, stemming from increased domestic use in China, have led to international issues in securing refined urea, which is key to producing AdBlue,’ he said.

In a bizarre setback, Deputy Prime Minister Barnaby Joyce was meant to be spearheading Australia’s response to the urea crisis but he is now quarantining in Washington with Covid only a week after his advisers met with the National Road Transport Association.

‘I can assure Australians that the government is working to ensure we do not face any shortages,’ Mr Taylor said.

‘We are quickly and actively working to ensure supply chains of both refined urea and AdBlue are secure so that industry can have certainty on their operations.’

‘In relation to our fuel retailers, we’re getting a bit of a run on the product at service stations for obvious reasons,’ he said.

‘We are using measures such as price to discourage bulk purchases but because it’s such a prime issue, that doesn’t seem to be deterring them either.

‘If we continue to see this behaviour, we’ll move to a strategy that prevents runout.’

Modern diesel engines powering trucks, utes and four-wheel drives won’t start unless urea has been added to the exhaust system to reduce the levels of nitric oxide pollution

Mr McKenzie said service stations had yet to resort to rationing but would stop customers from topping up jerrycans.

‘We’ll allow them to get the normal level they need to put into the AdBlue reservoir but we won’t be allowing people to fill up jerrycans and the like at service stations,’ he said.

‘It’s panic buying because they’re trying to just fill every vessel they can.’

‘We were told there was no need to panic about the supply of AdBlue, but no one was prepared to back this assurance up with any numbers about AdBlue supply,’ he said.

‘We need transparency about the stocks of material that are in Australia and the ability of suppliers to deliver the AdBlue we need throughout the first half of 2022.

‘We are already seeing suppliers restricting orders or raising prices.’

Chemical maker Incitec Pivot supplies 10 per cent of Australia’s AdBlue and is the only Australian-headquartered company that makes urea.

It is also the only company in Australia making AdBlue from urea melt.

But in November, chief executive Jeanne Johns announced it would stop making urea and other fertilisers at its Gibson Island plant in Brisbane from December 2022, citing a failure to secure a natural gas deal.

‘This is exacerbated by the global shortage of natural gas, the essential ingredient used to make urea,’ he said.

Incitec Pivot has signalled to Daily Mail Australia a willingness to ramp up domestic production before shutting down manufacturing in a year.

China supplies 80 per cent of the Asia-Pacific’s diesel-grade urea but its National Development and Reform Commission in July announced it would crack down on fertiliser hoarding, which led to state-owned firms restricting their exports.

This has seen other countries scramble for supplies from alternative markets with South Korea on Tuesday signing a deal with Indonesia for 120,000 tonnes a year.

James Fazzino, a former CEO of Incitec Pivot who chairs of Manufacturing Australia, will lead this taskforce that will also include Dr Cathy Foley, Australia’s Chief Scientist.