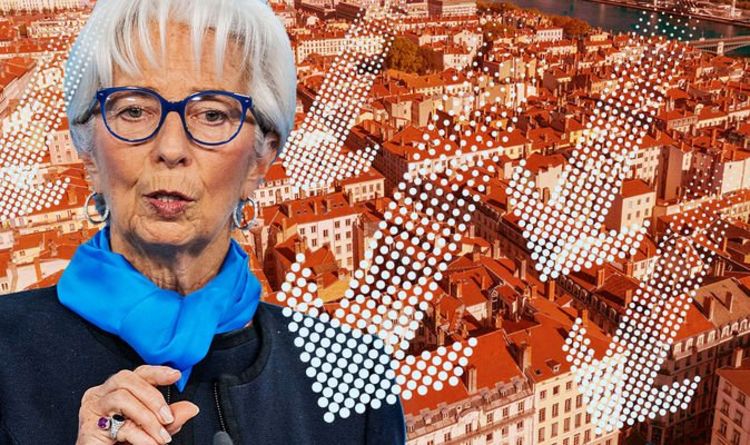 Indeed, in its stability report, the ECB claimed risk-taking by non-banks and sovereign wealth funds is increasing in the market. In particular, the ECB reported risk of price corrections on properties had risen due to rising house price overestimations. Due to these price overestimations, some households could be subject to substantial interest rate rises.

The report said: “Risk-taking by non-banks and elevated sovereign and corporate debt are building up.

“In particular, households with variable rate mortgages or shorter fixed-rate periods on their mortgages are exposed to an unexpected rise in interest rates, which could adversely affect their ability to service their debt.”

While euro-area housing markets have expanded quickly, he stated there is no indication of lending standards tightening in order to prevent any future credit crunch.

He added: “There have been examples of established market players exploring more novel and more exotic investments.

“In parallel, euro area housing markets have expanded rapidly, with little indication that lending standards are tightening in response.”

This comes as the EU battles with surging energy prices, the pandemic and the migrant crisis on the Poland-Belarus border.

Polish officials have accused the Belarusian government of attempting to push migrants from the Middle East to the border in order to destabilise the EU.

JUST IN: Brexit LIVE: Out of ideas! EU admits ‘no options on table’

“We will defend ourselves. We can not retreat.”

Germany has also suspended the approval of the Nord Stream 2 pipeline.

The pipeline is set to link Germany and Russia bypassing Poland and Ukraine.

The German energy regulator said it would not gain approval until the Nord Stream 2 company transferred its main assets to its German subsidiary.

The regulator said: “A certification for the operation of Nord Stream 2 will only be considered once the operator is organised in a legal shape compliant with German law.”

Speaking on Monday, Boris Johnson said: “When our Polish friends asked for our help to deal with a contrived crisis on their border with Belarus, we were quick to respond.