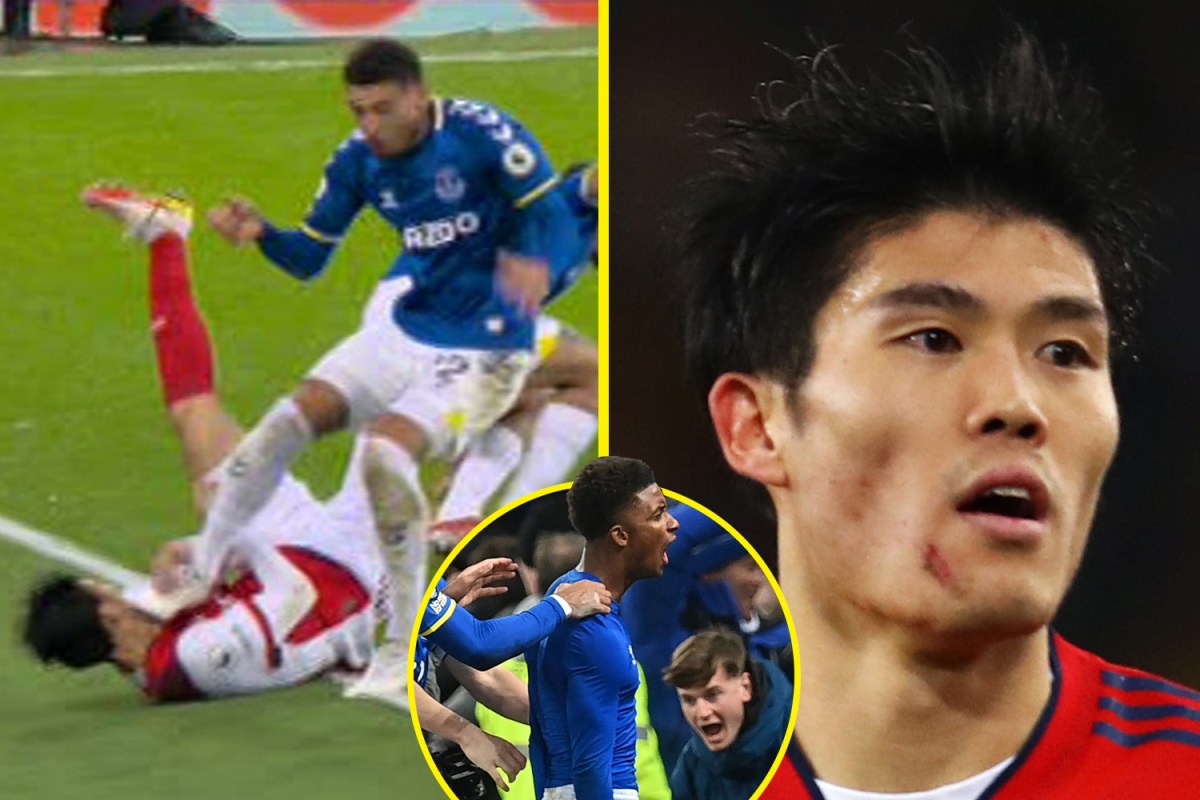 Everton showed incredible character as they put VAR setbacks behind them to come back and beat Arsenal 2-1 at Goodison Park.

A goal from Richarlison, who earlier had two goals disallowed for marginal offside calls, and Demarai Gray’s stunning strike sealed the Toffees their first win since September 25.

Martin Odegaard’s neat volley gave the Gunners the lead, however, the away side may feel aggrieved that Everton weren’t reduced to ten men earlier in the match.

Early on, Ben Godfrey got the Toffees faithful on their feet with a crunching tackle on Takehiro Tomiyasu.

Godfrey later left one on Bukayo Saka but did his most robust one just before the half-hour mark as replays showed him standing on Tomiyasu’s face.

At the time the Everton defender gestured to suggest the collision was accidental, and that’s how VAR deemed it with Godfrey not even getting a yellow card for his troubles. The Japan star was left with a noticeable scar on his face as a result.

The visitors went on to open the scoring just before half time with Odegaard volleying Kieran Tierney’s delicious cross, the goal coming moments after Richarlison’s header was disallowed.

Richarlison appeared to have levelled the scores on 57 minutes with a composed finish, however, the goal was chalked off due to a very tight offside.

But the Brazilian wouldn’t be denied on 73 minutes as he headed in a near open goal on the rebound with Aaron Ramsdale stranded after tipping Gray’s curling effort onto the crossbar.

Eddie Nketiah missed a guilt edge chance as he headed the ball onto the post from less than six yards out and Arsenal were left to rue that miss moments later as Gray crashed the ball in-off the post on the counter-attack in stoppage-time.