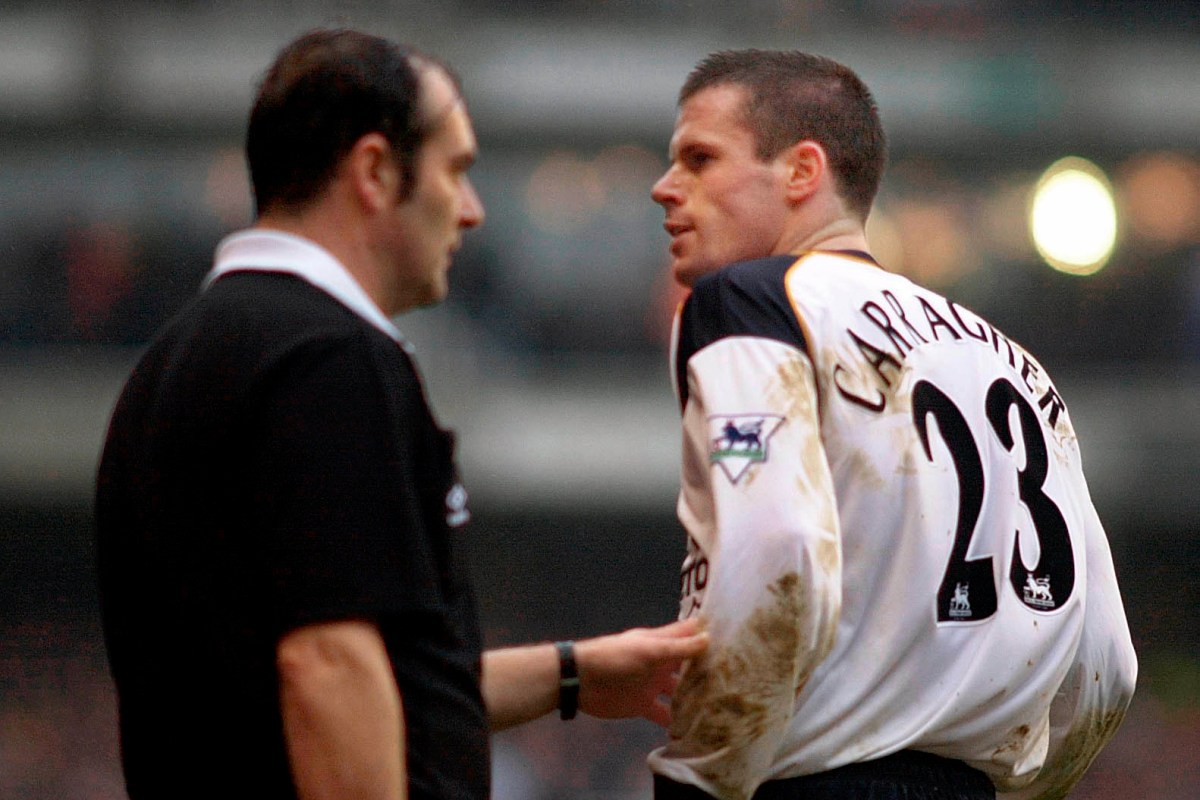 Arsenal and Liverpool may have one of the less intense rivalries in the Premier League, but every so often things really kick off when the two sides are playing each other.

Mikel Arteta had the mother of all touchline barneys with Jurgen Klopp when the two sides last met in the league, an incident marked as the moment that turned the match comfortably in Liverpool’s favour.

The Gunners and the Reds meet each other with everything to play for in the second leg of their Carabao Cup semi-final tie as they played out a goalless draw in the first leg at Anfield.

Expect tackles to fly in as both sides fight for the right to meet Chelsea at Wembley. Who knows, we may get Arteta vs Klopp round two.

However, things sometimes go over the line which is what happened when Arsenal took on Liverpool at Highbury in a furious FA Cup fourth round clash 20 years ago.

Just seven months on from when Liverpool nicked victory from Arsenal in the FA Cup final courtesy of two late Michael Owen goals, tensions were palpable with Arsene Wenger’s side hellbent on revenge.

The home side got off to the ideal start when Dennis Bergkamp headed them in front. However, a professional foul on Owen from Martin Keown earned the Arsenal defender a red card, giving Liverpool the man advantage as they searched for an equaliser midway through the second half.

The Gunners were then reduced to nine men as Bergkamp was shown a straight red for a stamp on Jamie Carragher.

But that changed almost instantly as Mike Riley was left with no choice but to dismiss Carragher, the Liverpool defender given his marching orders for retaliating to having a coin from an Arsenal fan in the stands thrown at him.

Arsenal held on to win, and would go on to win the Cup, but there was plenty of fallout from the bad-tempered clash.

Carragher later said: “I regret what happened at Highbury because I let the club, the fans, my team-mates and myself down.

“No matter what the physical or verbal provocation, I shouldn’t have reacted like that I would like to apologise for any offence caused.

“I was frustrated and did it without thinking in the heat of the moment. Anyone who has seen me play regularly will realise it was completely out of character but I’m not going to make excuses.

“I was wrong and as a professional football player I should have known better. It’s a mistake I won’t make again.”

Thompson said: “He was angry and frustrated about getting hit by something, and what he did was out of character, but that still doesn’t make it right.

“Jamie had responsibilities to his team-mates. Arsenal had just had two players sent off, so there is a need for calm heads. Whether or not Jamie is disciplined by the club is a private matter.”

There could’ve been further consequences for Carragher as the coin hit the fan, who made an official complaint to police. However, Carragher was later handed a warning and escaped further punishment from the Football Association.

Let’s hope this clash doesn’t descend into chaos like that one did.

Arsenal vs Liverpool in the Carabao Cup semi-final is live on talkSPORT at 7.45pm on Thursday 20 January

In 01-02 ,a few weeks after the victory at Anfield,we played Liverpool again,this time at Highbury in the FA Cup.Mike Riley sent off Keown & Bergkamp.We won 1-0.Jamie Carragher also sent off for throwing a coin in the East Lower. Good times.Always outnumbered, never outgunned pic.twitter.com/ZG8l8Cf3G8