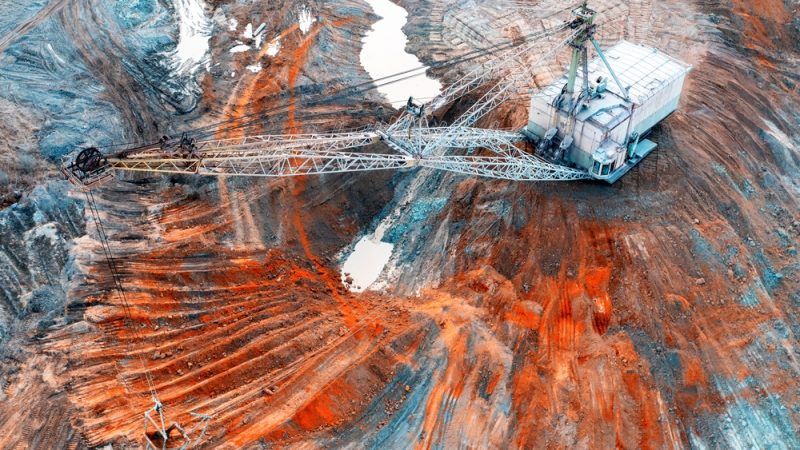 While the EU works to detangle itself from economic dependence on Russia, exponential increase in demand for raw materials is creating supply risks due to high dependency on China, industry and experts have warned.

The demand for critical raw materials is about to skyrocket until 2050 – by around 500%, according to projections from the World Bank. This development is, for the most part, driven by the Green transition: electrical cars, for instance, require over six times as many minerals as conventional vehicles, the international energy agency said in a report.

As around 19 of the 30 raw materials that the European Commission has labelled ‘critical’ are primarily produced in China, there is a high risk that these dependencies could lead to supply disruptions for the EU’s industrial sector.

“We are facing a very unusual transition because we have never seen such explosive growth rates of demand in such a short time frame,” Phillipe Varin, chairman of the World Material Summit that is being held in Nancy from Thursday to Saturday (16-18 June), told EURACTIV.

The EU’s dependency on China is particularly high when it comes to rare earths, a crucial element for many high-tech products, where China accounts for 95% of the bloc’s imports.

“We should not accept that we have more than 25% of raw materials coming from one geographic area, whatever this area is, as such a dependency implies huge supply risks,” Varin added.

No green and digital transition without raw materials, EU warns

Europe’s transition to a sustainable and digital society is only possible with a strategic approach to the raw materials needed to manufacture chips, electric vehicles and renewable energy technologies, the EU’s internal market Commissioner Thierry Breton said on Monday (25 April).

The dependency on China is even higher when it comes to the first stage of processing many of these critical raw materials.

While cobalt, for example, is primarily mined in the Democratic Republic of the Congo, China is leading the field when it comes to further processing of the metal.

The same holds true for rare earths, which are further processed in China for the most part, “even when mined in the USA,” James Litinsky, CEO at MP Material, said at the World Material Forum.

Andre Wolf, divisional head at the Centre for European Policy, told EURACTIV: “When it comes to the first stage of processing, I see perhaps an even greater dependence on China than it is the case regarding the physical concentration of reserves.”

According to Wolf, China has already achieved a technological lead in this area, which would make it difficult for Europe to catch up in the foreseeable future.

The EU has already declared the resilience of raw materials supply chains one of its key priorities, through increasing mining capacities in Europe, diversifying its value chains and investing in recycling.

While there are currently a number of legislations in the pipeline – like battery regulations or the amendment of the eco-design directive – the Commission also announced in May that is preparing a raw materials act that will address these issues.

The availability of strategic raw materials is also mentioned in the priorities of the upcoming Czech Presidency in the EU.

The growth of demand in the bloc is primarily driven by the Commission’s goal of achieving carbon neutrality.

However, according to Varin, who was tasked by the French government to conduct a report on the risk of raw materials supply shortages due to the green transition, the European Commission must take unconventional measures in order to avoid potential disruption of supply chains.

“This is an unusual transition, so the measures that the EU should take should be equally unusual. Because if you leave it to the market forces, this will not happen,” Varin told EURACTIV.

Global investments in mining have declined by 10% in the past ten years. “What we would need in Europe is to set up a private-public investment fund to take equity stakes in some mines,” Varin emphasised.

Such measures would currently be at odds with EU state aid rules. However, there are already examples of legislative proposals that include exemptions to the EU’s strict competition policy.

In the Chips Act, for instance, that deals with the supply chains of semiconductors, the European Commission has already proposed relaxing state aid rules for certain chip plants.

A similar approach could also be taken for the upcoming Raw Materials Act.

To boost the diversification of supply chains, the EU is additionally also working on partnerships on raw materials with third states.

On Tuesday, the European Commission – alongside France and Germany – entered a Mineral Security Partnership with Australia, Japan, South Korea and the United Kingdom to address the growing international demand.

However, according to Varin, more needs to be done in this regard.

“We have to engage in a materials diplomacy that is forging long-term partnerships with friendly states and get access to resource-rich countries”, Varin said, adding that relations with Africa will be crucial here.