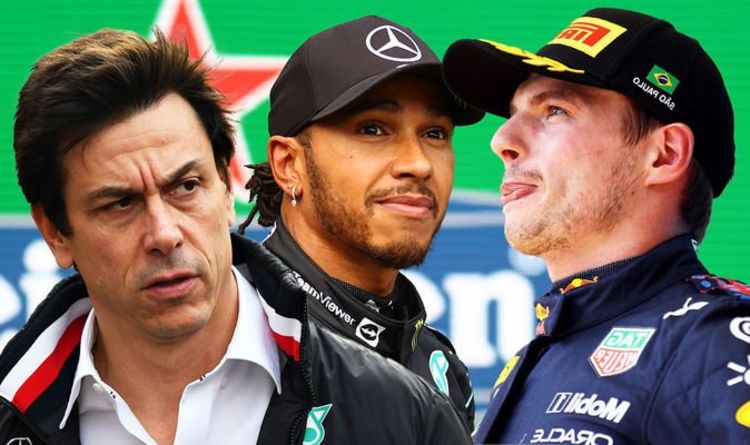 As the F1 teams descend on Qatar this weekend, all focus will once again be on the Red Bull and Mercedes garages. While the title fight continues to heat up on the track, it is also getting interesting off the track too.

Mercedes and Red Bull have been locked in a constant war of words this season with both Christian Horner and Toto Wolff taking digs at each other in the media.

They’ve also made complaints to the FIA on one another regarding technical regulations and Red Bull lodged a query last week on the rear wing of Hamilton’s car.

In a completely separate case, the FIA punished Hamilton by sending him to the back of the grid for the Brazilian Grand Prix spint race, before the seven-time world champion proved his skill with an incredible drive on both Saturday and Sunday.

He was stuck behind Verstappen for large parts of the race and struggled to get past his championship rival.

At one stage on lap 48, Hamilton looked to have made all the right moves to make it happen but drama unfolded as both drivers ran off the track.

Mercedes were furious as they felt Verstappen drove their driver off the track while Red Bull pleaded that it was a case of letting them race.

Hamilton eventually got the move done a few laps later with the race officials choosing not to punish Verstappen.

But there’s plenty of drama heading into Qatar with Mercedes lodging a right to review after new footage was released with the drivers getting ready to compete on a brand new circuit. Stay tuned for all the latest right here.