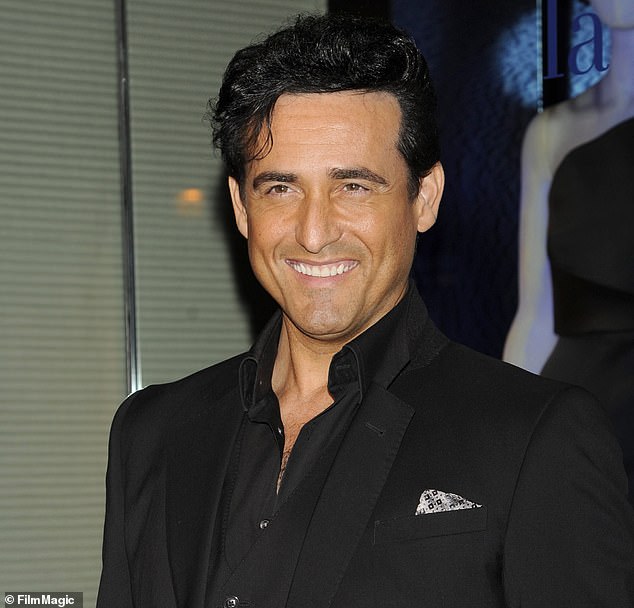 The family of Il Divo star Carlos Marin have said they will ‘look closely at the treatment he received’ at the UK hospital where he died after contracting coronavirus.

The 53-year-old lost his fight for life nearly a fortnight after being admitted to Manchester Royal Hospital and testing positive for Covid.

His sister Rosa confirmed he had caught the Delta variant and it had attacked his lungs, leaving him in an induced coma in intensive care.

Madrid-based lawyer Alberto Martin said: ‘I spoke with his mum the day he died and she was saying she was convinced that if had been in Spain, he could have survived.

‘We don’t know if…Carlos’ mum said what she said out of the desperation she feels at his loss but the fact is they haven’t managed to keep him alive.

‘It’s something that we’ll have to analyse when we see all the medical documents because we feel there was time to control his situation and improve things so he could pull through and have his life saved which was the most important thing.’

He added in a Spanish TV interview’: ‘We sincerely didn’t think we were going to see this terrible outcome.’

Rosa said her brother died after being infected with the ‘Delta variant of Covid’.

She said a relative was with him when he died and ‘held his hand until his light extinguished itself’, adding: ‘His lungs were very compromised and couldn’t overcome the virus despite receiving the best treatment that exists.’

The family of Il Divo star Carlos Marin (pictured), will look at the treatment he received before his death on Sunday

Fans will be able to pay tribute to the baritone, who was one of four classically-trained singers forming part of the Simon Cowell-created crossover group Il Divo. He will be laid to rest on Tuesday after a public wake in Madrid tomorrow afternoon (Marin pictured right in 2019)

In separate comments published by Spanish daily El Mundo, the Madrid-based lawyer added: ‘The family are not happy with anything because they’re heartbroken.

‘We didn’t anticipate this situation, neither the evolution or the outcome.

‘We can’t explain it because he had been improving, his lungs were functioning on their own but suddenly everything went downhill.

‘The intubation had to be changed and from there the outcome was fatal.

‘I’ve heard Carlos’ mum say that if he had been in Spain he could perhaps have been saved.

‘When we get to see the medical reports we’ll know why he hasn’t pulled through.’

The baritone, one of four classically-trained singers who formed part of the Simon Cowell-created crossover group Il Divo, will be laid to rest on Tuesday after a public wake in Madrid tomorrow afternoon.

The singer’s family has said well-wishers and admirers who wish to pay their last respects to Carlos will be welcomed tomorrow afternoon at a funeral parlour between 4pm and 8pm.

The public wake at Saint Isidore Funeral Home in the heart of Madrid will take place after the baritone’s friends and loved ones attend a private wake there in the morning.

Sharing news of his tragic passing, Carlos’ (seconf from left) Il Divo bandmates said last Sunday after it emerged the Spaniard had been admitted to intensive care and intubated. Picture, from left to right, David Miller, Carlos Marin, Urs Buhler and Sebastien Izambard in 2019

A message from his family, shared with details of the public wake, said alongside a photo of him in the trademark Armani suit he will be buried in: ‘Carlos Marin, October 13 1968 – December 19 2021. Rest In Peace.

‘We invite you to say goodbye in his last voyage.’

Carlos’ Il Divo bandmates David Miller, Sebastian Izambard and Urs Buhler are expected to join his family at a earlier private wake before leaving ahead of the arrival of fans.

His body is believed to have reached the funeral home over the weekend after being repatriated from the UK following his death aged just 53 from Covid at Manchester Royal Hospital.

He is expected to be cremated after a mass and his ashes deposited on Tuesday at Our Lady of Almudena Cemetery, the largest in Madrid and one of the largest in western Europe, alongside those of his father in a family niche in accordance with his last wishes.

His sister Rosa, who flew to Manchester to be with him along with his ex-wife Geraldine Larrosa, revealed earlier this week: ‘Carlos will be buried in his favourite Armani suit, the one he used for his stage performances, so he can go to Heaven looking the part and can sing with the angels.’

She told respected Spanish daily ABC, confirming comments from his lawyer Alberto Martin 24 hours earlier that he may have waited too long before going to hospital and he had been vaccinated against Covid: ‘He received the Janssen vaccine which is a single-dose vaccine.

‘He began to feel unwell after he arrived in Manchester. He tried to be strong and fight through, but he ended up having breathing difficulties and asked to be taken to hospital.

‘When he arrived they did tests and discovered it was Covid.’

Revealing a relative, who she did not identify, was with him when he died and ‘held his hand until his light extinguished itself’, she added: ‘His lungs were very compromised and couldn’t overcome the virus despite receiving the best treatment that exists.’

French-born artist Geraldine Larossa, better known by her stage name Innocence, said after nearly a week of silence in a clear demonstration of the great relationship they enjoyed despite their 2009 divorce: ‘Most people already know but I’ll say it again because I want the whole world to know.

‘Carlos Marin has been and will always be the great love of my life.

‘He’s the kindest and most generous person in the world.’

Penning her emotional tribute in Spanish on Instagram alongside a photo of the couple’s 2006 Disneyland wedding, she added: ‘We were going to repeat this moment but it doesn’t matter because I know the universe is going to bring us together millions of times.

‘It will wed us millions of times, I don’t have any doubt about that.

‘I love you with all my soul. Your goddaughter loves you like mad. I know you are here at my side and at our family’s side but you have left us with an immense hole in our lives.

‘I love you my darling. Your voice, your happiness, your affection and your humour is impregnated on my soul.’

Sharing news of his tragic passing, Carlos’ Il Divo bandmates said last Sunday after it emerged the Spaniard had been admitted to intensive care and intubated: ‘It is with heavy hearts that we are letting you know that our friend and partner, Carlos Marin, has passed away.

‘He will be missed by his friends, family and fans. There will never be another voice or spirit like Carlos.’

Simon Cowell, who was among those to pay tribute to the singer, wrote on Twitter: ‘I am finding this so difficult to put into words how I feel right now.

‘I am devastated Carlos Marin has passed away. He loved life. He loved performing and always had so much appreciation towards the fans who supported the group from day 1. Rest in peace Carlos. I will miss you.’

Simon Cowell-created crossover group Il Divo has sold 30 million copies of their albums worldwide since the band’s inception in 2003.

Carlos Marin last posted on Instagram on December 6 in a snap alongside bandmates, a day before he was admitted to hospital.

In a statement before his death in which they failed to name Carlos as the man who was ill, the band said: ‘Unfortunately, due to illness, the remaining dates for Il Divo’s December 2021 UK tour have been postponed until December 2022.

‘Il Divo are deeply sorry to their fans, but look forward to returning to the road in the new year and seeing you all in the run up to next Christmas.’