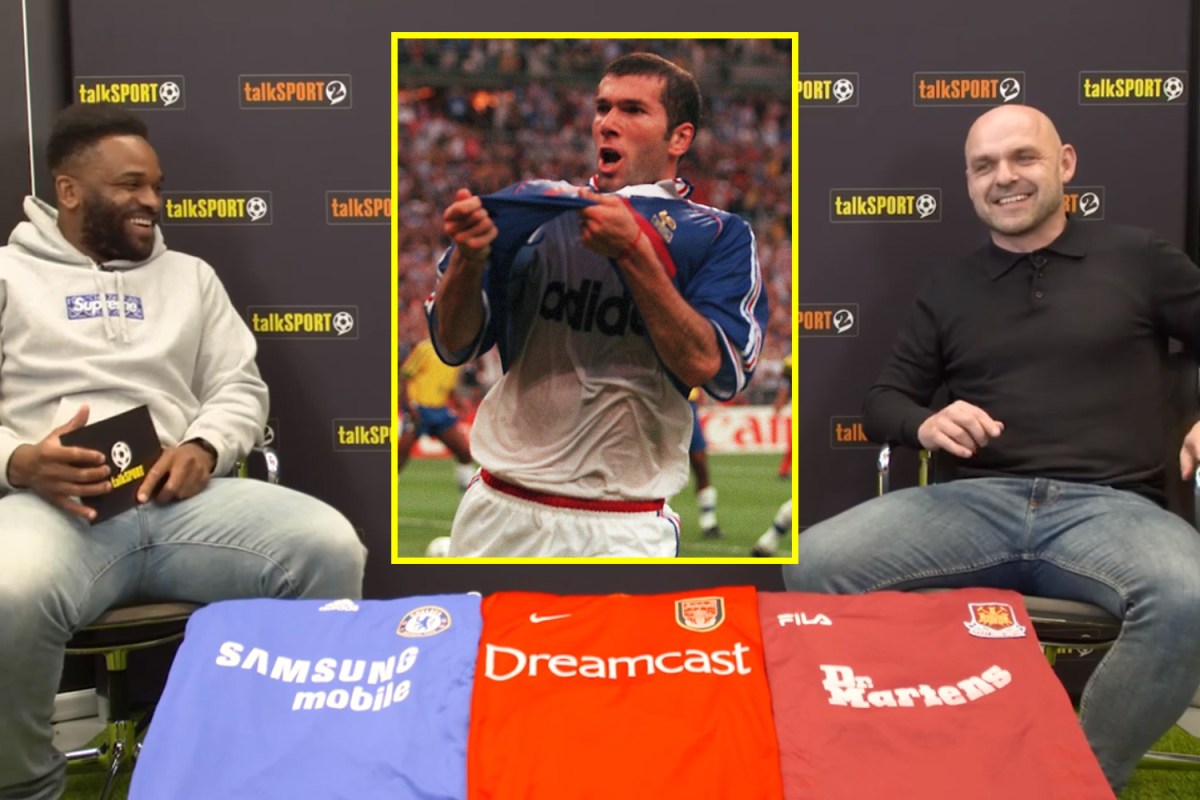 However, it appears the packaging did not match the glamour and prestige of the collector’s item he was given… with Zizou’s blessing.

Murphy, who spoke to Darren Bent on talkSPORT EDGE’s ‘Shirt Swap’, says Houllier wanted to give him the shirt as a ‘reward’ for his progress with the Reds.

It was worn by Zidane in France’s 3-0 win over Brazil in the 1998 final – a game in which the midfielder scored two goals and was awarded Man of the Match.

It was a performance that catapulted the then-26-year-old to superstardom as one of the world’s best players, and a national hero in France.

Despite the importance of the jersey, Murphy was shocked to find it given to him by Houllier in his old Liverpool boss’ office… in a supermarket carrier bag.

“I heard a rumour that you’ve got Zinedine Zidane’s shirt from the ’98 World Cup final,” Bent said to the ex-England international.

Murphy responded: “Yeah, well, Gerard Houllier was my manager, as you know, and he had a major influence and friendship with Zidane from his days in France and kept in touch with him over the years.

“And one day I’ve gone into the office, it was after I’d been called to the England squad.

“So I’d been on a journey with Houllier at Liverpool, from being sent back out on loan to Crewe, coming back and getting into the first team as a regular, winning some trophies, and then getting in the England squad.

“He called me into the office one day and he had a plastic bag, like a Co-op or Tesco bag or something, and he just threw it on the desk said, ‘That’s for you.’

“You know when you just think, ‘What’s going on?’

“I pulled out the shirt and it said ‘Zidane’ on it, it’s got the World Cup final badge on it.

“He said, ‘Zinedine gave me this after the final, but I want to give it to you.’

A compilation of touches from Zinedine Zidane versus Brazil in the ’98 World Cup final.

The biggest game of his life. A nation’s hopes and dreams on his shoulders.

Zizou goes out and bosses it… pic.twitter.com/BZ4gOKeJVF

“What he explained was that he kind of went on a journey with Zidane… he wasn’t comparing me to Zidane by the way!

“But it was just kind of a reward from him to give me something to say, ‘Well done.’

“To be honest, I’m not a big one for shirts but that one kind of took me back a bit because of the gesture and obviously the importance of the shirt.”