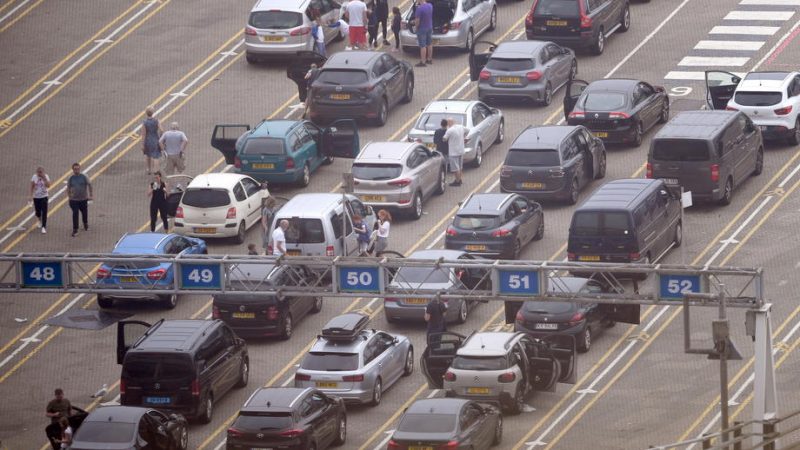 France said Thursday (30 December) that it will suspend a new rule that prevents Britons from transiting through the country to reach homes elsewhere in the EU, a move that caught thousands of travellers off guard.

“During the year-end holidays” border police will show “tolerance” for Britons returning to the European Union after trips, France’s Interior Ministry said.

Many Britons take the Channel Tunnel from England to France, using Eurotunnel’s Shuttle service, to drive from the UK to their homes in other EU countries.

For the holidays many returned to Britain to visit family and friends without knowing that France was planning the tougher rules on non-residents.

Under stricter Covid-19 travel rules being applied since 28 December, only Britons whose official primary residence is in France were to be allowed in.

“Unless they hold French residency, British citizens are now considered third country citizens and can no longer transit France by road to reach their country of residence in the EU,” Eurotunnel said in a tweet late Wednesday.

URGENT UPDATE FOR BRITISH RESIDENTS IN EU: Following a French Government decision, on 28/12/2021, unless they hold French residency, British citizens are now considered 3rd country citizens and can no longer transit France by road to reach their country of residence in the EU. pic.twitter.com/KGNr3FpWM2

The change caused dismay among Britons who embarked on holiday trips “in good faith,” the French Interior Ministry said, acknowledging the “difficulties in returning to their country of residence.”