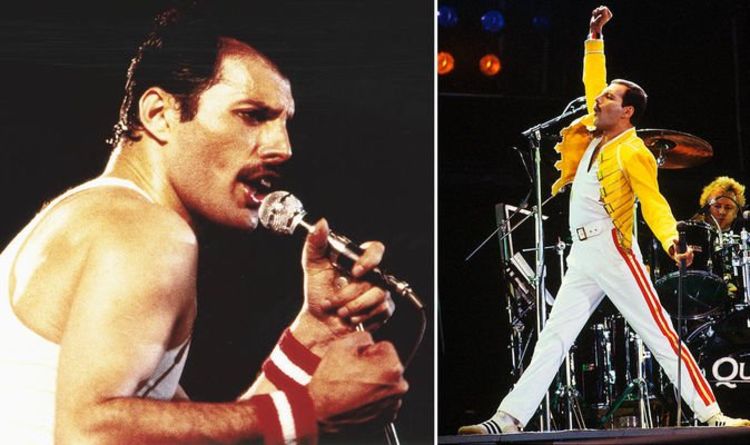 Yesterday marked the 30th anniversary of Freddie Mercury’s death and now the Queen singer is being remembered with a new charity single. Irish music duo Stuart Leathem and Esther Trousdale quietly released a song called Little Freddie Goes to School back in 2015. The track featured rare vocals from the star’s 1988 Barcelona sessions with Montserrat Caballé.

Earlier this year, Stuart felt restless about his song and wanted to create a brand new definitive mix for what would have been Freddie’s 75th year.

He said: “I got into dialogue with the talented producer and engineer Myles Clarke who had worked for Pete Townshend and The Who before going to be part of the incredible team at Dolby Atmos. We agreed that there was a lot of untapped potential in Little Freddie and went to work on it.

“Myles did a superb job re-working the original stems and I stripped other elements of the song back and re-recorded them to give it a more anthemic, live feel. In the end this is quite a different arrangement to the original.”

Stuart continued: “Special mention to the incredible folk at Abbey Road Studios who worked on Freddie and Esther’s vocals to give the impression they are in the same room at the same time on this duet.

“We were stunned by the final masters of the song and are thrilled to be able to release it for the world to hear.

“This new arrangement is the definitive version of the song! It is the honour of a lifetime for Esther and I to bring this track to fruition”

The duo said they were thrilled to announce that every download of the song or video would help the work of the Mercury Phoenix Trust, a charity fighting HIV/AIDS worldwide.

Both Stuart and Esther are critically acclaimed musicians who are based in Northern Ireland.