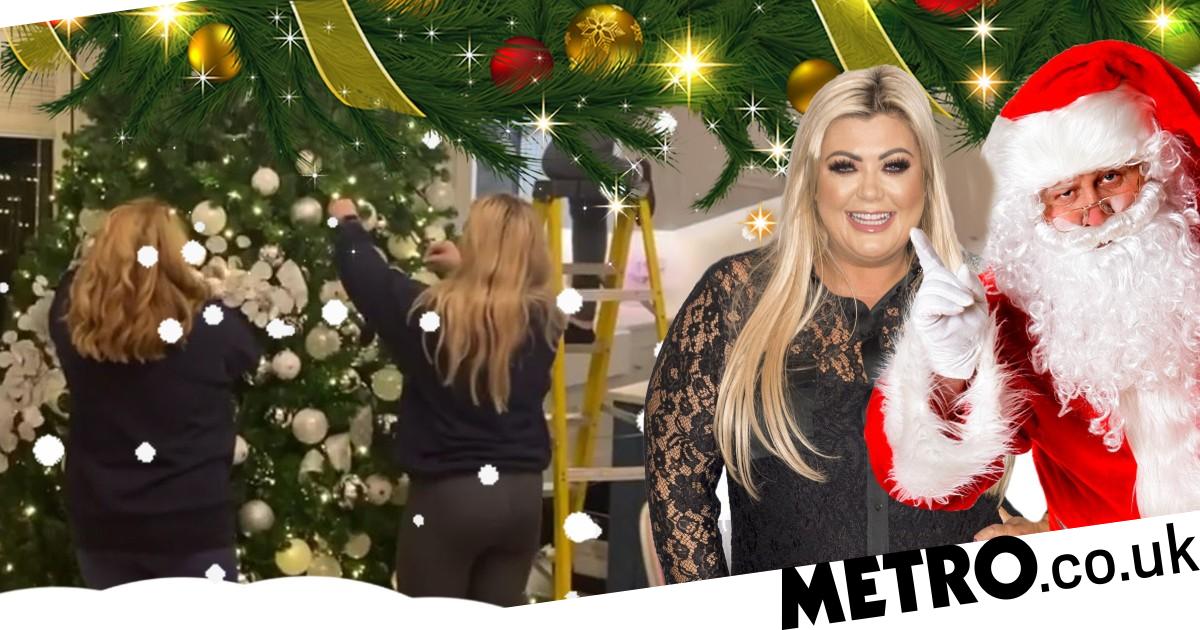 Gemma Collins has given Mariah Carey a run for her money in the Christmas department with her incredible decorations.

We might have more than a month left until Santa’s annual visit but the Towie star has gone all out for the big day.

Taking to Instagram, the 40-year-old unveiled her gigantic tree complete with baubles, ribbons and lights – with a pal climbing a ladder to decorate it.

‘HO HO HO,’ she penned alongside a clip of the tree. ‘The GRINCH comes to Essex my house is being turned into WHOVILLE my fave film is the grinch so why not.

‘Thank you @thefestivegroup for putting my crazy ideas to life. All I need now is for the GRINCH to rock up.’

Taking a moment away from her very own Winter Wonderland, the GC also insisted that she paid for the whole thing out of her own pocket, just in case there was any misunderstanding.

‘Also guys this isn’t a freebie I’m not that sort of celeb Huns,’ she added. ‘I respect people have to work everyone needs to eat and I love supporting businesses where I can.

‘So many people are takers in life but it’s about giving back not just take take take I’m a firm believer in this.’

Gemma may have a long way to go to beat Mariah in the Christmas stakes, with the singer hailed as the undisputed queen of the festive period thanks to her bop, All I Want For Christmas – which is already racing up the charts.

However, in a chat with Metro.co.uk and other press, she confessed that she initially had doubts over the track.

‘It was very early on in my career when I wrote and recorded All I Want For Christmas Is You, it was the first holiday song I ever wrote,’ she said.

‘And I’ll never forget being in this room, with this little keyboard, and playing around with it and writing the lyrics and moving on and working with my then writing partner Walter [Afanasieff].

‘It was just the moment. At first I doubted it too. I was like, “Why would I do a Christmas song now? This is so early in my life and my career” but I’m so thankful that it did because it came out of a pure place.’

Could you imagine Christmas without it?