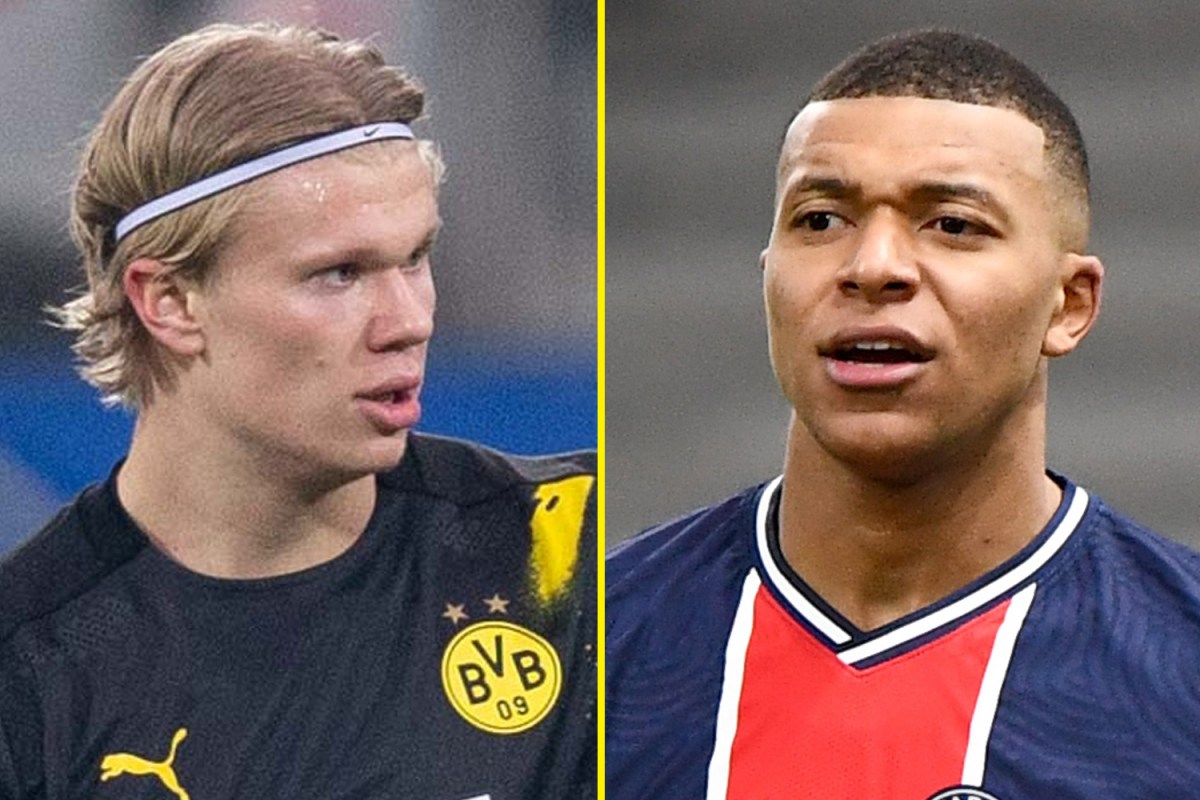 The January transfer window is now open and clubs across Europe will be preparing to make moves in the market.

With a number of contracts of huge stars coming to an end at their clubs – including Kylian Mbappe and Paul Pogba – there could be some huge deals this winter and into the summer of 2022.

But which big names could be on the move? talkSPORT has taken a look…

With Mbappe one of the top stars out of contract in the summer, there’s a chance PSG may choose to cash in on him in January if he won’t sign a new deal.

The superstar is yet to agree fresh terms with the Ligue 1 side, meaning he can begin pre-contract negotiations with clubs outside of France when the transfer window opens again in the new year.

Real Madrid tried to bring the French forward in last summer, but the French club rejected their mega-money offer.

Whether they approach him again in January rather than wait until the summer remains to be seen, but Real president Florentino Perez did state earlier this month: “When players finish their contract, it’s better.”

Another of the world’s hottest properties, Haaland, could be on the move in 2022.

The £64million release clause in his contract was widely reported to become active soon – but this might not be the case.

Marca reported earlier this year that it had been moved forward to January – alerting the likes of Manchester City, Manchester United and Chelsea who are all keen on the Norwegian superstar.

Dortmund will undoubtedly be eager to keep him until the summer at least, as they eye domestic and European success.

Rudiger is one of a number of Chelsea defenders coming to the end of their current contracts.

Andreas Christensen, Thiago Silva and Cesar Azpilicueta will also see their terms expire this year but it appears they will pen fresh deals soon.

Rudiger, however, could be on the move.

The Germany international has been linked with Bayern Munich and Real Madrid and looks set to leave in the summer.

Jesse Lingard is set to leave Man United, with the player and club unable to come to terms over a new deal.

It remains unclear whether the Red Devils will look to get rid of the midfielder in January, or if he will wait until his contract expires before moving on in the summer.

The likes of Newcastle, West Ham and even Barcelona are said to be interested in the England international, who had struggled for game time this season following his return from his impressive loan spell with the Hammers.

The former London Stadium loanee even shared a West Ham Instagram post in December, sparking rumours he could be on his way back to the capital sooner rather than later.

Vlahovic is another player whose contract could dictate whether he leaves the club this January or not.

The striker is contracted to the Italian side until 2023 but has reportedly refused a new deal.

Fiorentina are now reportedly looking to sell him before the start of next season or risk losing him for free the year after.

The Serbian is drawing interest from Atletico Madrid, Arsenal and Tottenham, but Serie A giants Juventus are reportedly leading the race as they attempt to fill the Cristiano Ronaldo shaped goalscoring hole in their line-up.

Newcastle, Arsenal and Tottenham are said to be considering a January move for Milan man Kessie.

The Serie A giants are said to be taking steps to secure the renewal of Kessie, whose current contract is set to expire in June 2022.

It is understood Milan value Kessie at around £45million – but it will reportedly be difficult to lure him away from the Serie A title contenders, where he is happy.

Premier League clubs would have plenty of cash to offer though and could table a big bid to lure Kessie to England.

It seems like Pogba has been linked with an exit from Old Trafford ever since he returned to United.

The Frenchman is again being touted with a move in 2022 with long-term admirers Real Madrid, Barcelona and PSG all linked.

The 28-year-old’s current Old Trafford deal expires in June and he is free to discuss terms with his potential suitors.

The midfielder has been hampered with injuries this season and it appears his time at United could be coming to uninspiring end.

Other players who could move in January