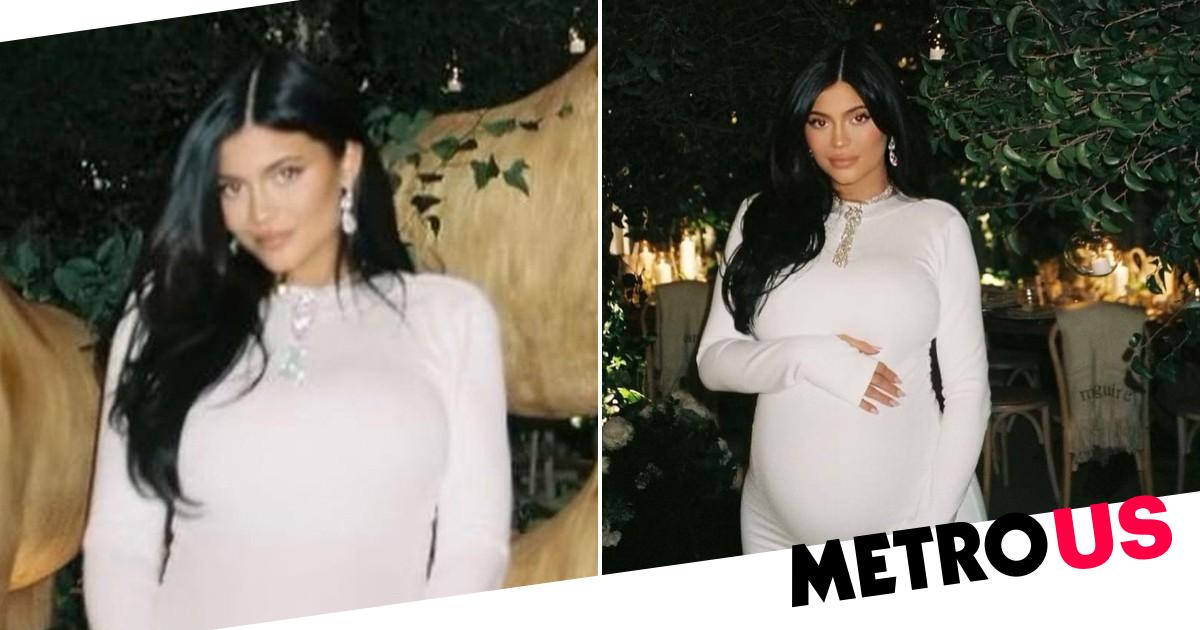 Kylie Jenner gave fans a glimpse inside her extravagant baby shower for her second child as she shared snaps with her 300million Instagram followers.

The businesswoman, 24, has kept a low profile following the Astroworld festival tragedy involving boyfriend Travis Scott, in which 10 people were killed.

But, she made sure to share snaps from her baby shower celebrations, which reportedly took place last month.

Kylie – who is already a mother to three-year-old Stormi – enjoyed a giraffe-themed bash with her nearest and dearest.

The venue had a subtle pink colour scheme and was decorated with foliage and wooden furniture.

Kylie shared a snap of a water feature scattered with white rose petals and a floral arrangement in the centre of the room.

The reality star was also given gifts with pretty hefty price tags, including a Dior stroller worth $4,900 (£3,500), which will ensure her baby is the coolest in town.

As if that wasn’t enough, several Tiffany & Co. gift bags could also be seen in the pile of presents.

The event had activities for guests too, as Kylie snapped a photo of an embroidery project.

The star looked radiant as she dressed up in a white maxi dress with long sleeves and wore her raven locks in a sleek style, cascading down her shoulders.

One stunning snap from the carousel the beauty mogul shared shows her standing in front of three large giraffe statues, cradling her blossoming bump.

Another close up shot shows the expecting couple with their hands on Kylie’s belly, along with mom Kris.

The momager was of course present at the do and she wore an eye-catching Fendi ensemble.

Grandmother Mary Jo Campbell – known as MJ – also put in an appearance and was every inch the coolest granny on the block with her oversized sunnies and floral scarf.

Kylie has kept a relatively low profile with her second pregnancy, but announced that she was expecting late last year after months of speculation.

Her due date is not known, and she kept her first pregnancy with daughter Stormi Webster completely private until Stormi entered the world, causing her to break the internet when fans went into meltdown over her adorable announcement video.

However, she posed for a series of beautiful snaps to show off her bump on the ‘gram recently, where she scrunched up her hair up, while dressed casually in light blue jeans and a white shirt tied above her stomach to reveal her bare tummy.

The KUWTK star also shared a beautiful bump shot on Insta ahead of the New Year, captioned: ‘As 2022 is approaching i’ve been reflecting on this last year and the blessings that it brought but also the many heartaches it held. i will never forget this year and all the significant changes it made to my life. I pray this new year is filled with a lot of love for all of you and i hope everyone stays safe and healthy during this time. 🖤’

She also recently revealed one of her pregnancy cravings, when Kris came through and delivered her stacks of doughnuts.

Last month, sources said Kylie and Travis, 30, were ‘inseparable’ at the moment and ‘both excited’ for their baby to come.

‘Travis has been by her side and has been very supportive during her pregnancy,’ an insider told E! Online.

They added: ‘Stormi is really excited to have a sibling and talks about the baby all day long.


MORE : Khloe Kardashian and Tristan Thompson: Relationship expert weighs in on co-parenting and where they can go from here