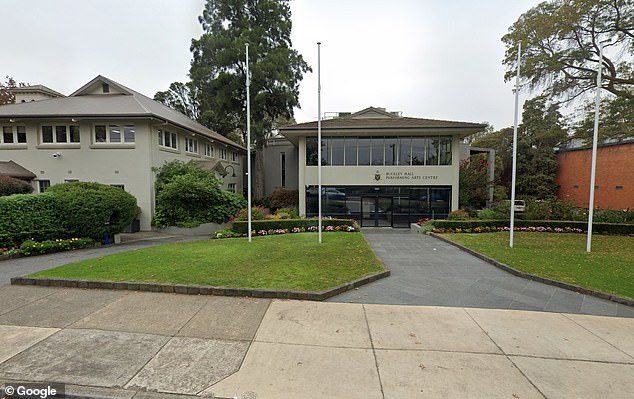 Elite private school battle of the sexes as $25,000-a-year institution is accused of discriminating against boys and giving their places to girls

An elite private school has been accused of sexism amid suggestions girls are repeatedly favoured over boys when it comes to enrolments.

Ivanhoe Grammar in Melbourne‘s north-east, has come under fire with some parents adamant their sons are victims of gender discrimination.

It comes after the co-educational private school – who charge annual fees of at least $25,000 – was this week given the blessing of the Victorian Civil and Administrative Tribunal (VCAT) to continue its long-standing campaign of ‘positive discrimination’ towards female students.

The school was initially granted the unique exemption to do so in 1999, with VCAT’s recent decision likely to see the exemption in place until at least December 2026.

Ivanhoe Grammar (pictured) in Melbourne’s north-east, has come under fire with some parents adamant their sons are victims of gender discrimination

A recent tribunal hearing revealed some families held the belief their sons missed out on places to Ivanhoe Grammar due to a repeated focus on female pupils.

‘Concerns were raised about the effect that rejecting a boy on the basis of sex can have on their gender identity, their overall identity and anger management,’ VCAT member Christopher Thwaites said.

‘The response also raised concern this anger may manifest as anger against girls/women, with the discrimination damaging to boys and society as a whole.’

A second objection – from a group called Victims of Ivanhoe Grammar Discrimination – claimed turning away male students based on their gender was detrimental.

The group pointed to girls repeatedly ‘jumping the queue’ over boys in recent years at Ivanhoe Grammar.

Principal Gerard Foley told the tribunal the one-time boys’ school, which went co-educational in 1992, was constantly seeking to ensure gender balance for all its students, according to the Herald Sun.

Foley pointed out the school has repeatedly met its quota when it came to the number of places made available to male students in recent years – before adding when there was not an exemption in place from 2010-2016, more boys were enrolled than girls.

He concluded Ivanhoe Grammar would not be able to maintain the balance between male and female students without the exemption in place.

In granting the exemption until 2026, VCAT representative Thwaites said Ivanhoe Grammar would be in a position to offer a genuine co-educational experience – and that female numbers at the school wouldn’t decrease.

Daily Mail Australia approached Ivanhoe Grammar for comment, with the Victorian Department of Education declaring it was a matter for Independent Schools Victoria.